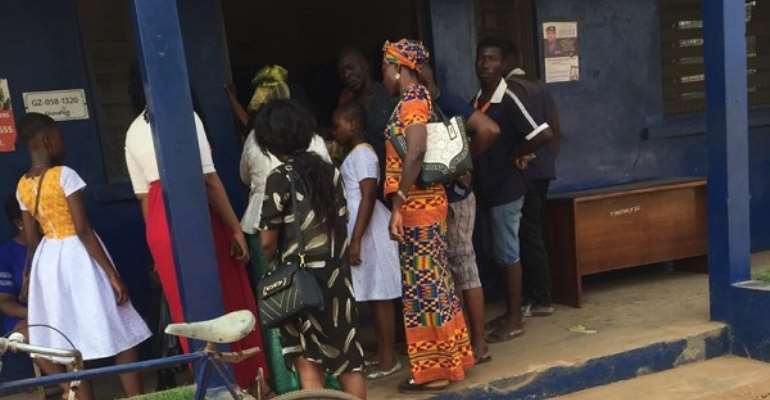 The passengers at the Teshie police station

It was an interesting sight to behold as a heated argument broke out in Circle-Tema bound trotro (bus) where a passenger gave the trotro mate a purported fake GH¢ 20 note.

The trotro mate had earlier accused one of the male passengers named Okoe who was seated at the front seat as being the person who gave him the fake currency note.

Mr. Okoe, who had boarded the vehicle from GBC second gate and signaled he was getting off the trotro at Teshie Lascala, denied being the one who paid his fare with the fake note.

That led to a heated argument between him and the mate.

After few minutes, the mate surprisingly turned to a female passenger, an elderly woman who had joined the bus from Dankwa at Osu, apparently on her way from church, as being the one who gave him the GH¢ 20. 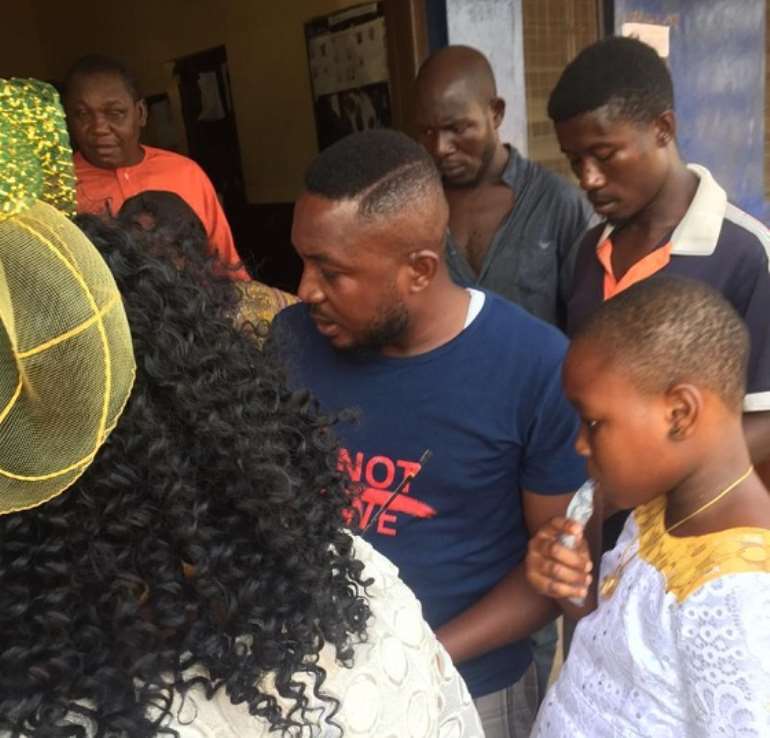 The woman became furious and embarrassed, sparking further argument over the money.

Some passengers in the bus supported the woman and lambasted the mate for being “confused.”

The argument continued from Dankwa in a heated fashion.

Unhappy with the manner in which his mate was being treated by the passenger, driver of the trotro named Seth, decided to report the passengers to the police over the development.

Thus upon reaching Teshie, he dashed to the police station.

At the Teshie Police Station, the GH¢ 20 was handed over to Inspector Larbi and both passengers suspected of using the money to pay for their lorry fare were reported to the police.

It was certainly a difficult task for the police officer to unrivaled which of the two passengers paid with the fake note, those leaving him with no option but to simply take the driver’s statement and allow the passengers to go.