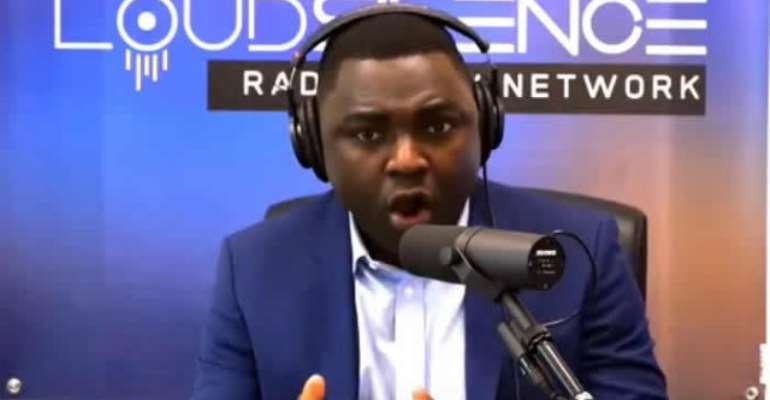 Kelvin Ebo Taylor, the controversial political commentator on social media has showed his 'balls of steel' daring Ghanaian judges after a bench warrant was issued for his arrest.

Looking unfazed and unperturbed, Kelvin Ebo Taylor is daring all judges in Ghana including Justice Kyei-Baffuor, the Appeals Cout Judge who issued the bench warrant for his arrest.

Mr Taylor, according to the court, scandalised it when he alleged that Justice Kyei-Baffuor, an Appeals Court judge, was promoted merely because he was doing the bidding of President Nana Akufo-Addo’s government in the trial of some five people accused of embezzling $4 million belonging to the National Communications Authority (NCA).

To the court, these comments by Mr. Taylor, which were made on his popular programme ‘With All Due Respect’ programme which airs on Facebook and other social media sites, has brought Ghana’s justice delivery system into disrepute.

“As a judge of impeccable integrity and utmost honesty, I find it necessary to invoke the powers vested in me under the constitution to proceed and cite him for contempt.

”I issue a warrant for him to be produced before the court to show cause why he should not be committed to prison,” the Justice Kyei-Baffuor explained the arrest warrant for Mr. Taylor’s arrest.

The court issued the bench warrant for the arrest of Mr. Taylor on Thursday, demanding that he appears before it to explain why he should not be sentenced for contempt.

The warrant directs the Ghana Police Service and other security agencies to find Taylor who is said to be outside the country and bring him before the court.

But later on, Thursday, January 16, 2020, after the arrest warrant was issued, Mr Taylor hit back even harder at Justice Kyei-Baffuor, insisting that his comments against the judge were based on facts available to him.

“This is a new age. We are not going to feel intimidated. Nobody can intimidate us. We are ready to speak truth to power,” he said during the introduction of what he called the extended version of Thursday’s programme.

According to him, Judge Eric Kyei-Baffuor’s position as a judge is governed by rules and regulations and hence he cannot hold himself above the law.

He further alleged that some bloggers, he called ‘Car Bloggers’ – because they operate from their cars – have been recruited by some influential persons to attack him.

“React to the issues. Attacking Kelvin Taylor will not change anything,” he stated.

Mr Taylor, who is domiciled in the United States, told the learned Judge: “When you go wrong, I am going to tell you in your face. You are not God…to be honest with you, you are working for the people.”

Watch Kelvin Taylor’s reaction in the video link below.