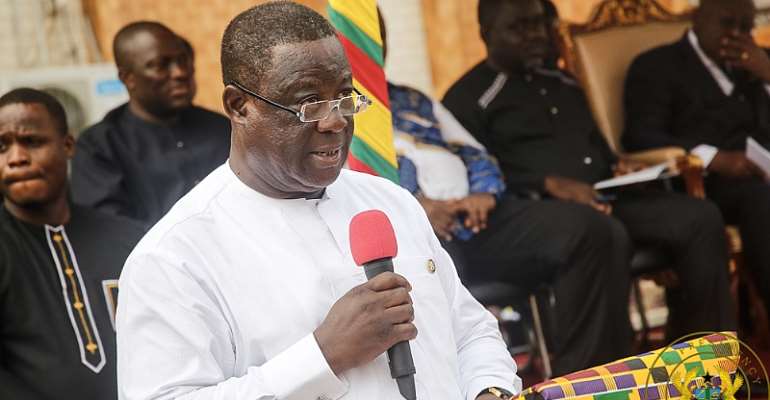 Construction works on the deplorable Eastern Corridor Road are progressing steadily since the contractors are back to site.

This was revealed by the Roads and Highways, Minister, Kwesi Amoako Atta.

The Minister has also given his word that the Eastern Corridor Road will definitely see a facelift.

Commuters and residents of this stretch of road have had to cope with the unbearable bad road network.

Speaking on the final day of the Results Fair, the Sector Minister said the completion of the road would shorten the time users will spend on it.

“I am happy to announce that as we speak, the Eastern Corridor road which has been neglected for a very long time. About six or seven contractors are on it working on that stretch of road and it is very important because it links the south to the north,” he said.

Being the shortest route between the Southern sector and the Northern sector of the country, the 965-kilometre Eastern Corridor Road links five regions; the Greater Accra, Eastern, Ashanti, Volta, and Upper East regions.

The minister has in the past promised that the Eastern Corridor road will be ready by the end of 2020 .

Earlier information from the government indicated that COCOBOD was funding the Have-Hohoe Lots 1&2 (51.3km), and Hohoe -Jasikan (32km) stretches of the road.

Work on these sections run into difficulties when payments by COCOBOD were suspended.

The Dodo Pepesu-Nkwanta section was being funded by an EU loan of a little over 320 million euros.

The Sinohydro facility is also covering areas that have yet to see any work on stretches spanning Have to Hohoe and the 168km section from Oti-Damanko to Gbinitri.