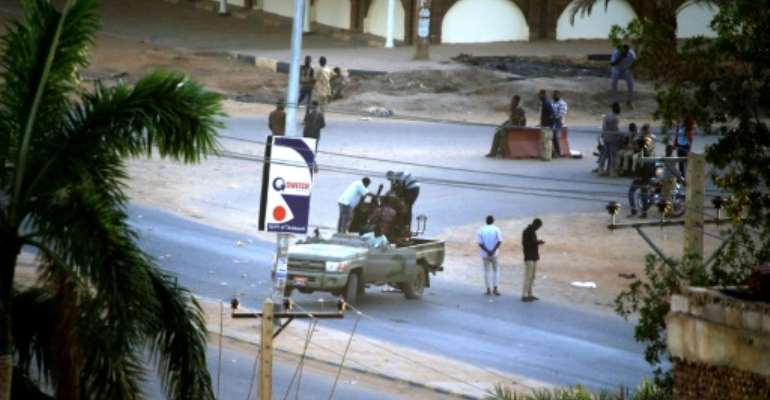 Heavy gunfire broke out in the Sudanese capital as several agents of the long-feared security agency launched a short-lived mutiny. By ASHRAF SHAZLY (AFP/File)

Sudan on Thursday appointed a new intelligence chief to replace the general who quit after government forces crushed a deadly mutiny launched by some members of the country's powerful security agency.

Five people, including two soldiers, were killed when agents of the General Intelligence Service, formerly known as the National Intelligence and Security Service (NISS), launched their rebellion from several of their bases in Khartoum on Tuesday.

Officials say the mutineers were unhappy with the amount of money offered to them for taking retirement as part of a restructuring plan proposed by Sudan's new authorities.

The rebellion was crushed by government forces after several hours of often intense gunfire.

On Wednesday, General Abdel Fattah al-Burhan, chairman of the country's transitional ruling council, announced that the head of the security agency, General Abu Bakr Mustafa, had offered his resignation, which was accepted on Thursday.

"The sovereign council in a meeting today accepted the resignation of General Abu Bakr Mustafa and appointed Lieutenant General Jamalabdel Majid as the new chief of intelligence," the council said.

NISS agents were at the forefront of a crackdown on protesters who took to the streets against Bashir, which finally led to his ouster by the army last April.

On Wednesday, Burhan said the rebellion was launched by the military wing of the intelligence service which was set up by the agency's former chief Salah Gosh under Bashir's regime.

He said such a military wing was no longer necessary in Sudan.

The sovereign council currently running Sudan is a joint civilian-military body tasked with overseeing a transition to civilian rule as demanded by the protest movement.