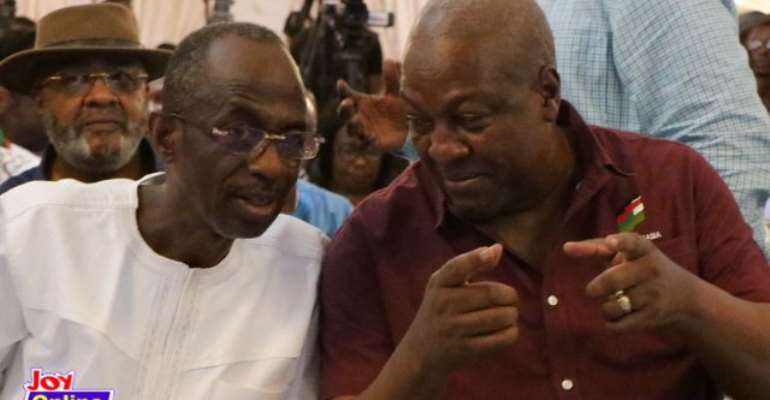 Former President John Mahama says he was “deeply saddened and concerned” about the car accident which claimed 34 lives on Tuesday dawn.

“On behalf of the National Democratic Congress, I wish to express our sincerest condolences to the grieving families and pray that the injured fully recover. We stand with you in this moment of difficulty and grief, and may God grant those who have passed, peaceful repose”.

The former President was speaking Thursday, January 16, at the launch of the National Democratic Congress (NDC) Fundraising Campaign which came off at the Trade Fair Centre, La, Accra.

He also said there was the need for stakeholders to work together to end the increasing number of road accidents in the country. He said this could be done through promoting responsible driving and increasing road safety campaigns to create awareness.

“But the greater responsibility is on us, the drivers and other road users, many of the road accidents that occur are avoidable,” he added.

According to Mr. Mahama who is seeking re-election into office, his government will prioritise expanding major road networks in an effort to reduce the probability of road accidents.

“There are some major roads that need widening, yes, and the NDC has already announced its plans to do that. These include the Accra-Aflao, Accra-Kumasi, and Accra-Cape Coast roads, which will all be dualised. Priority will also be given to the early completion of the Eastern corridor road,” he said.

He, therefore, called on supporters and sympathisers of the NDC to put in much effort for the party to assume power in the upcoming 2020 election.

“ My brothers and sisters, let us work together to win 2020 and rescue our drowning country.”