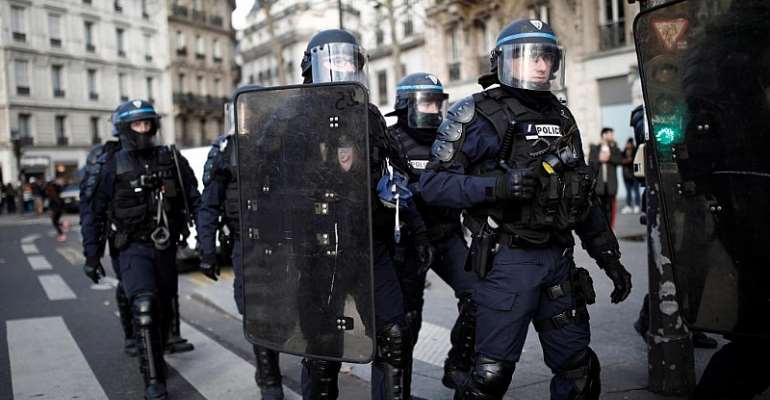 French President Emmanuel Macron has called on police to reign in excessive use of force after crowd control tactics and arrest procedures came under scrutiny over the mistreatment of a protester and the death of a delivery person.

Speaking in the city of Pau, Macron denounced “unacceptable behaviour” that “harms the credibility and dignity” of security forces. He called upon the Interior Ministry to come up with “proposals to improve the code of ethics” according to which they assure public order.

Interior Minister Christophe Castaner called for police to set an exemplary standard, as the ministry assured it was working on an updated code for how officers should behave in difficult circumstances.

The comments followed two incidents that have renewed scrutiny over the methods of the security services, who have already been accused of heavy-handed treatment of protesters at public demonstrations, especially during the Yellow Vest movement.

Prosecutors in Toulouse told AFP they had opened an investigation after an officer was filmed tripping a protester during a rally against government plans to reform the pension system in the southern city on Saturday.

A video of the incident has been viewed more than 60,000 times on social media.

Delivery man strangled near Eiffel Tower
Recent weeks also saw the death of Cédric Chouviat, a 42-year-old delivery person sent to hospital following a muscled incident during which police pulled him over near the Eiffel Tower on 3 January.

Several videos of the incident show Chouviat arguing and filming police with his mobile phone before being pinned to the ground and choked.

According to the lawyer representing the four officers involved, Chouviat was stopped for refusing to put away his telephone while driving his scooter and proceeded to verbally assault the officers.

The incident provoked a heart attack, and Chouviat died two days later of asphyxiation due to a fractured larynx.

Prosecutors opened an investigation for involuntary homicide, but Chouviat's family members and lawyers said Tuesday they were disappointed none of the agents involved in the incident had been suspended.

“We are exhausted, we cannot show resilience forever,” said Thomas Toussaint of the Unsa-Police union. “We do not approve of everything, but this issue must be seen in context.”

Others cited the case of an officer dying near the city of Lyon on Monday after being intentionally rammed by a van during a check and the latest in a series of suicides among members of the security forces.

“We defended the Republic and the politicians are abandoning us,” said Patrice Ribeiro, general secretary of Synergies-Officiers. “On Monday, two officers committed suicide and a colleague died, without a word from Emmanuel Macron…The government today is proving itself to be more concerned about social networks.”