PAC To Summon, Cause Arrest Of Un-cooperating Witnesses 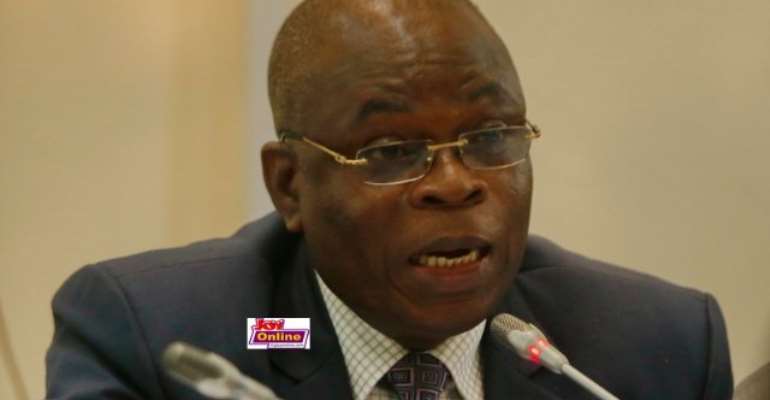 The Public Accounts Committee (PAC) of Parliament on Tuesday warned that it would soon subpoena persons who refuse to honour its invitation to answer infractions on the audited accounts of state entities, and cause the arrest of witnesses who lie to the committee.

“The Police Station is just here; and we’ll make use of the police to arrest any witness who comes here and tell lies to the Committee,” Dr James Klutse Avedzi, the Chairman of the Committee and MP for Ketu North, with hands raised and pointing to the direction of Parliament’s Police Station, said.

He later told journalists, in an, interview, at the close of PAC hearing, at the Parliament House, in Osu, Accra, that the Committee would invoke the powers given it to suspend, reprimand or cause the dismissal of a public official who defaults honouring its invitation.

With reference to Article 103 (3) of the 1992 Constitution of Ghana, Dr Avedzi reminded witnesses before the Committee, or those invited to give evidence that it is constitutionally empowered to carry out investigation and enquiry into the activities and administration of ministries and departments as parliament may determine.

Earlier, the PAC Chairman indicated his displeasure at responses which he considered not to be truthful from Mrs Mercy Quansah, Coordinating Director of Weija/Gbawe, representing Ga South Municipality, over the absence of Mr Patrick Kumor, the Chief Executive of Ga South Municipality, invited by the Committee to answer infractions cited in the Auditor General Report for 2015 and 2016.

The PAC Committee Chairman indicated that letters for the invitation were sent with dispatch and early enough to the respondent institution.

Among the infractions cited were; non-prudent use of an amount of GHC49, 073 from the MP’s Common Fund, and irregularities in the payment of payment contract sums for some drainage works in the municipality.

Mrs Quansah told the Committee that Mr Kumor would not be present at the hearing because he was attending the ‘Results Fair’ at the invitation of President Nana Akufo-Addo, at Accra International Conference Centre (AICC), which was near the Parliament House.

Dr Avedzi then directed that a phone call was made through to Mr Kumor to be present.

Committee Chairman Dr Avedzi then asked that Ga South Municipal Assembly to take a back seat, and invited respondents from Ga Central and Ningo-Prampram Assemblies to give evidence.

After the two groups had given evidence, and the Ga South Team was recalled, and the hearing had begun, Mrs Quansah told the Committee that Mr Kumor had set off.

But after sometime, that she had given evidence, the Committee wanted to know why Mr Kumor was still not available despite some of the questions requiring that he provided the answers.

Mrs Quansah responded that Mr Kumor was held in traffic.

The Committee, not satisfied with some of the answers from Mrs Quansah, emphasised that the MCE was supposed to be there.

“Where is the MCE?, the Chairman queried, and indicated that the behaviuor of the MCE and the Coordinating Director made it appear as if they were not taking the Committee serious.

Dr Avedzi threatened to invite the Police, to sit in subsequent hearings, monitor and arrest witnesses who did not appear truthful.

“It appears you have intentionally lied to us,” he said, to which Mrs Quansah responded, “I’m really not impressed speaking for him, knowing very well what he told me."