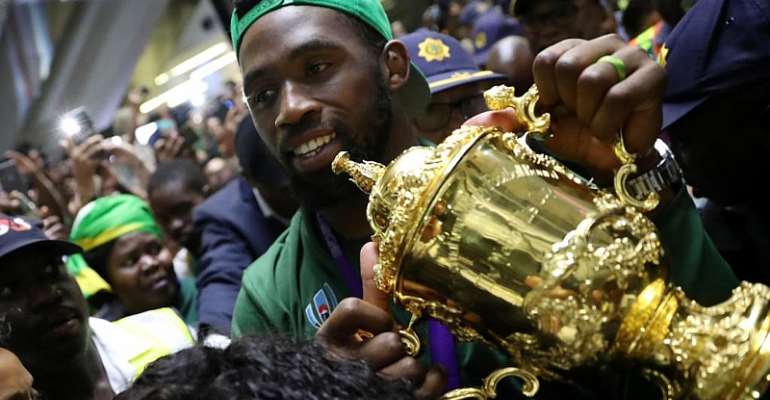 The cognoscenti have spoken and voted South Africa's rugby World Cup-winning captain Siya Kolisi as their 2019 personality of the year. Kolisi took the prize following a poll of more than 200 members of the Rugby Union Writers' Club.

The accolade came for his inspirational leadership during his country's surge to a third World Cup crown in Japan last November.

South Africa crushed England 32-12 in the final in Yokohama.

Kolisi, 28, made his Test debut against Scotland in 2013 and was appointed South Africa's Test match captain in 2018, the first black man to hold the honour.

High
He succeeds the Ireland fly-half Johnny Sexton as the holder of the RUWC's Pat Marshall Memorial Award.

The RUWC was conceived during a discussion at the Cock Tavern in Fleet Street in London between several sports reporters in British national newspapers.

Officially formed at a meeting in the Albany pub in Twickenham, south west london on 16 January 1960, it is open to rugby writers on British and foreign publications.