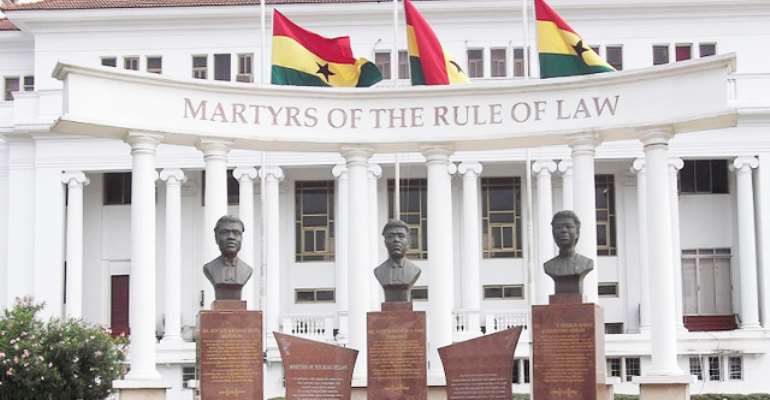 The Supreme Court has thrown out an application for a review of its decision on the Exton Cubic case.

Lawyers of the mining company, Exton Cubic, applied to the court seeking a review of its earlier ruling overturning the decision of the High Court which quashed the revocation of the company's lease to mine bauxite at Nyinahin.

In the application, the lawyers argued that the Supreme Court in its ruling committed an error in law when it overturned the High Court's decision.

According to the lawyers, the court enforced a constitutional matter without the invocation of its original jurisdiction.

But the justices of the Supreme Court in a five to two majority ruling dismissed the application, saying they will make their reasons known in a week's time.

Exton Cubic's leases to prospect bauxite in the Tano Offin Forest Reserve were challenged in August 2017.

The Ashanti Regional Minister, Simon Osei Mensah, ordered the seizure of the company's equipment because Exton Cubic was said to be prospecting without a permit at the Nyinahin bauxite concession.

At the time, the mining company maintained that the seizure of vehicles belonging to Ibrahim Mahama's Engineers and Planners (E&P) was unlawful because it was in possession of three required permits.

The company had also complained that it was being targeted by the government for political reasons, due to Ibrahim Mahama's relations with former President Mahama.

In their suit, the company argued that the Minister's decision was unreasonable, unjust, and an abuse of his powers.

The company, among others, sought a declaration that “the Minister of Lands and Natural Resources acted ultra vires [beyond] his statutory powers when he revoked Exton Cubic Group Limited mining leases.”

It also contended that revoking of its license was “breach of the rules of natural justice”, and in breach of the company's “rights to administrative justice and property.”