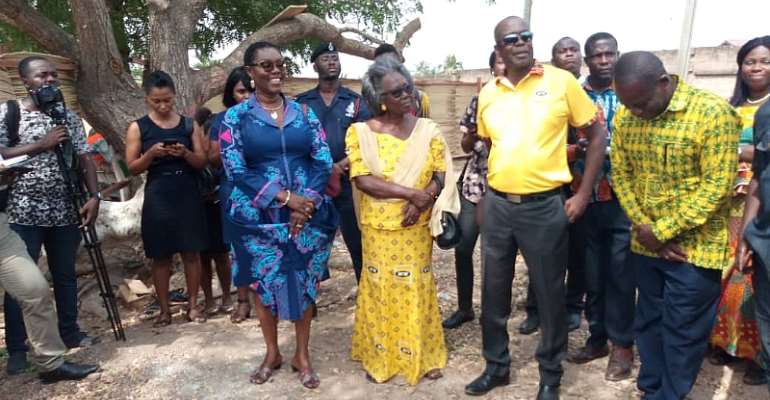 MTN Ghana on Monday, January 13, 2020, inspected the progress of work on the Dansoman Community Library project at the Ebenezer Senior High School in the Ablekuma West Municipal Assembly.

The facility is being funded by the MTN Ghana Foundation and will have facilities such as the traditional library, as well as an ICT Center and a Robotics Center. The project cost approximately GH¢800,000.

The Member of Parliament (MP) for Ablekuma West, Ursula Owusu-Ekuful and the Municipal Chief Executive (MCE) for the area Mr. George Gray made a request to the MTN Ghana Foundation to assist with a computer laboratory about a year ago.

After checks in the area, they agreed to the proposal and decided to lift the edifice at the Ebenezer Senior High School to serve the pupils, students from other schools, and the entire community.

The project has already started though but still at the early stage. The contractor has assured that the facility should be ready at the latest by the ending of June 2020.

In an interview with Journalists at the end of the inspection, Corporate Services Executive at MTN, Mr. Samuel Koranteng explained why they have added the robotics center to the facility.

“The new thing that we have added to this project is the robotics laboratory. We have added this to the project because of the need to ensure that what we refer to as digital natives, that’s our youth are able to enhance their knowledge in the digital space like any other youth you will find in anywhere in the world”, he said.

Mr. Samuel Koranteng further shared that the MTN Ghana Foundation will replicate similar projects to other schools if the facility goes on well after completion.

On her part, MP for Ablekuma West, Lawyer Ursula Owusu noted that she is excited by the new facility being built in her area. According to her, it will help the young people come out with innovations of their own.

“…Before long I am sure our own young people will be building their own robots. But without being exposed to emerging technologies it is difficult to know what you are capable of”. So we are very excited about this facility and we are looking forward to its completion in June”, she observed.

Board chairman for Ebenezer Senior High School which will be the first-hand beneficiaries of the facility, Mr. Vincent Birch Freeman also expressed his gratitude to MTN Ghana.

“I feel very elated and grateful to MTN for this structure because we have been denied so many facilities. If a private company like MTN will come and put up a very noble structure like what they are doing now I think we appreciate it and I think we owe them a depth of gratitude”, he shared.

He urges other companies to emulate the example of MTN and help with similar projects at different schools to expose the youth to emerging technology. 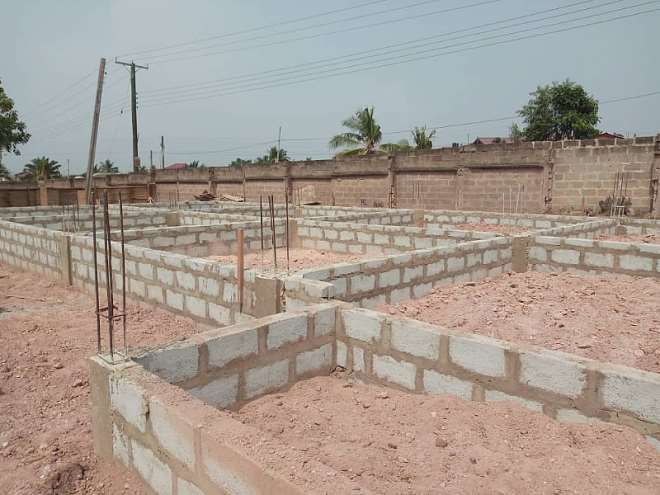 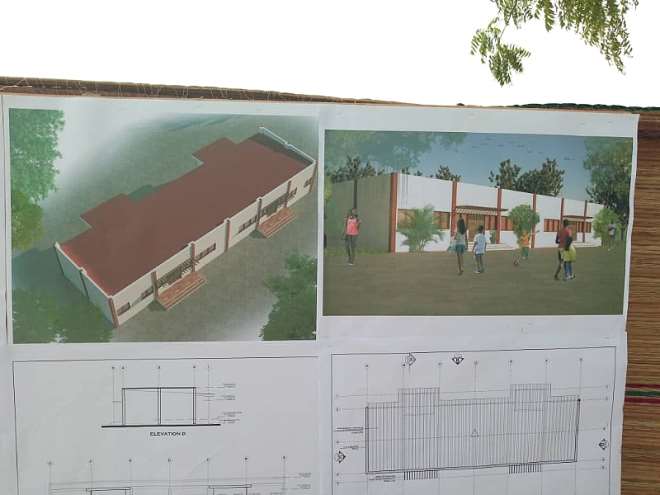