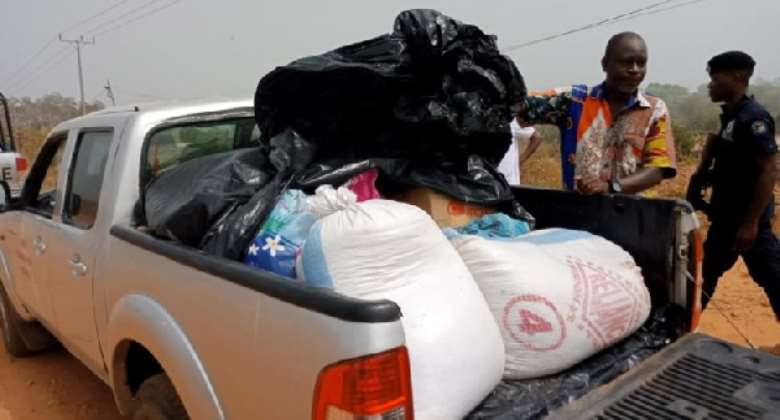 The Police in the Volta Region say they have in their custody an internal auditor from the Regional office of the Ghana Education Education Service, driver and bursar of the Peki Senior High School.

The three are being held over allegations that they, together with the school’s headmaster dispatched a pickup loaded with foodstuff, meant for students of the Peki SHS, to the home of auditor, who was auditing the accounts of the school, to allegedly bribe him.

According to the PRO of the Volta Regional Police Command, Corporal Prince Dogbatse, the driver of the vehicle was the first suspect to be arrested, after a taskforce led by the Deputy Regional Minister, Rev Johnson Avuletey intercepted him around Sokode en route to the auditor’s house in Ho.

He said the two other suspects, the bursar and the auditor both turned themselves in after the news broke.

The Deputy Regional Minister earlier told Citi News that an informant alerted him of the alleged nefarious act being perpetrated by the Headmaster and the Bursar of the school and he moved to seize the foodstuff.

He cautioned school heads against such activities, noting that he will ensure they are appropriately punished according to law.

“It is a warning, this is just the beginning. If they venture, they will regret. They are there to push the interest of the government. All that Akufo-Addo is doing now, it is for the betterment of this country, so I see no reason why a group of people will come together to sabotage the president. I'm giving them a warning, they should sit up otherwise this region will be on fire.”

Increase farm gate price of cocoa to GHS1k per bag for farme...
38 minutes ago