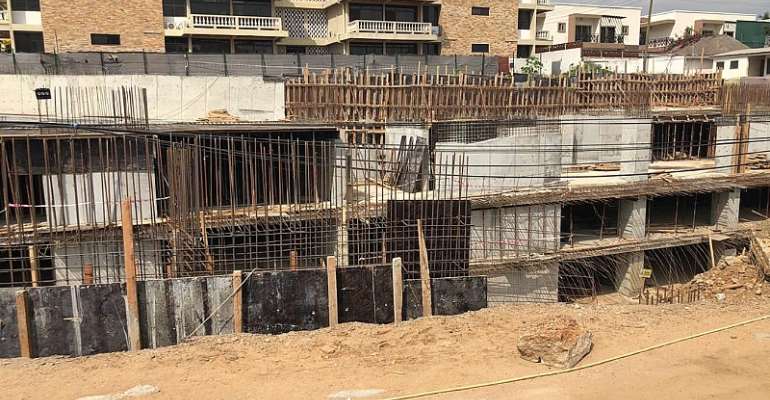 The Head of Association International School, Mrs Audrey Doryumu has described as unfortunate a story published by a private newspaper about the case between residents of the Airport Residential Area and an estate developer concerning the construction of an alleged illegal high-rise in the area.

The proprietress, who since last year has been at the forefront of efforts to halt the project, expressed her displeasure in a statement issued by her office in response to the said publication on the matter.

According to her, the publication by the news outlet was replete with factual inaccuracies and is prejudicial to the integrity of the case being handled by the court.

The paper’s publication dated 21/12/19 with the headline ‘Turkish Contractor Cleared’ claimed that the developer was acting lawfully and not in contempt of court as was raised by residents, and accordingly reported by a section of the media.

The paper also sought to suggest that the action taken by the Roads Minister against the Turkish contractor for damaging a portion of the road around Airport Residential Area, was arbitrary, as the developer was working .

“I was basically shocked to see such a misleading report coming from a newspaper that is supposed to be informing the general public,” she said.

“Contrary to an official letter issued by the developer in which the proposed building was stated to be a 22 multi-purpose storey building, the Daily Guide claimed that the project was actually a 15-storey,” she added.

Mrs Doryumu said leading to the Roads Minister's intervention, the developer was ordered by the court to leave the site after constructing a concrete retaining wall to protect properties adjoining the proposed high-rise

“When my brother contacted the editor of the newspaper, he admitted to not being fully apprised of the facts before publishing the article.

"in a phone conversation with my brother, the editor apologised to my brother for the blunder, explaining that the publication was only to get the attention of readers,” she said.

Government officials behind the project

According to Mrs Doryumu, she had gotten wind of the fact that a relative of a top government official is behind the project and at the right time she would name them.

The Roads Minister, Mr Amoako Attah’s action against the Turkish contractor which made the headlines a few weeks ago followed concerns raised by residents.

The visibly incensed Minister ordered the demolishing of a road barricade, and further effected the arrest of the contractor who later got released on bail.