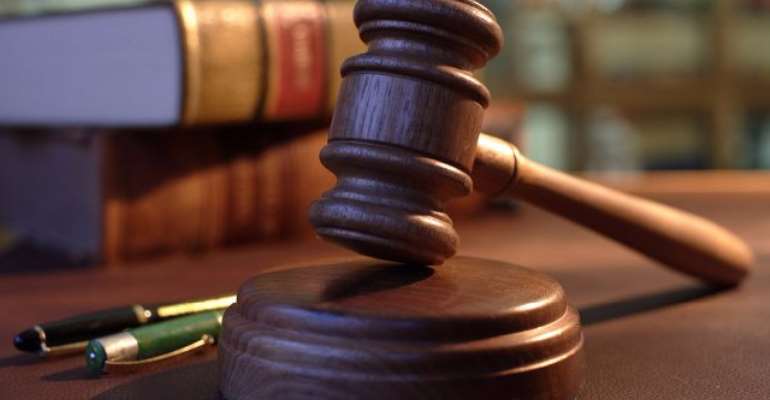 An Accra High Court hearing the trial of Dr Stephen Opuni and Seidu Agongo has struck out Attorney-General’s affidavit in opposition to a motion of perjury filed by one of the accused.

Mr Samuel Cudjoe, the Counsel for Dr Opuni has cited Dr. Yaw Adu-Ampomah, the third prosecution witness in the trial for perjury.

When the case was called on Thursday, Mr Cudjoe objected to the affidavit in opposition filed by the State for the respondent Dr Adu-Ampomah.

The witness, who is a former Deputy Chief Executive Officer at COCOBOD in Charge of Agronomy and Quality Control, had in his evidence-in-chief, in May 2019, told the court the procurement practice at COCOBOD for fertilizers had always been by open tender.

This, he said, were done through advertisement in the newspapers, where the product required was specified, and interested companies, whose products have been tested and certified by Cocoa Research Institute of Ghana, were required to support their bids with documents.

Whilst the trial was ongoing, Mr Cudjoe pointed out at least 18 contract documents which were sole-sourced at COCOBOD under the signature of Mr Adu-Ampomah.

The witness however stood his grounds and maintained that COCOBOD always engaged in competitive tender and that sole sourcing can also be used to procure fertilizers at COCOBOD.

Mr Cudjoe in his objection said the State had no right to file an affidavit in opposition on behalf of the respondent and that it was unconstitutional and breaches the status quo.

He said the respondent should be made to engage his own lawyer to respond to the motion.

“We are objecting to the A-G representing the respondent in a quasi-criminal application such as the application for the perjury,” he said.

He said it was their submission that the A-G representation or filing affidavit in opposition breaches Article 88 (3) of the 1992 Constitution.

He said he was unaware of the respondent’s filing of an affidavit in opposition but rather sought to rely on the A-G’s own and that the A-G could not work against the republic.

Mrs Stella Ohene-Appiah, Principal State Attorney in her response said the A-G was representing as an interested party and not for the respondent.

She said they were duly served as an interested party and that has been indicated in paragraph three of the affidavit in opposition.

“It is our understanding that the respondent can aligned himself with our affidavit,” she added.

It was on these augments that Justice Clemence Honyenugah, an Appeal Court Judge, sitting as an additional High Court Judge struck out the affidavit in opposition filed by A-G on December 20, 2019.

He urged the respondent to consult a lawyer to file the necessary documents to respond to the perjury allegations.

Mr Nutsukpui asked the witness, whether it was his evidence that in 2014 COCOBOD procured 700, 000 litres of liquid Lithovit fertilizer from Agricult Ghana Limited and he answered in the affirmative.

“Is it your case that in 2015, COCOBOD bought one million litres of the same product from Agricult Ghana Limited,” he asked and the witness again answered in the affirmative.

The court adjourned the trial to January 21 and the hearing of the perjury to January 28.

Dr Opuni and Mr Agongo are facing 27 charges, including defrauding by false pretenses, wilfully causing financial loss to the state, money laundering, corruption by public officer and acting in contravention of the Public Procurement Act.

They have pleaded not guilty and have been granted a GH¢300,000.00 each self-recognisance bail by the Court.