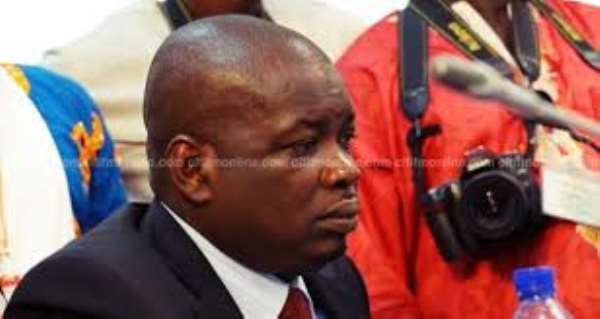 The Member of Parliament for the Adaklu Constituency in the Volta Region, Hon. Kwame Governs Agbodza has been named as the overall best MP for 2019, according to a report by FAKS Investigative Services.

After reviewing the data of the 2019 edition of the survey, FAKS Investigation services announced that Hon. Kwame Governs Agbodza was the best MP for 2019.

The survey is carried out annually to assess the performance of Ministers, Deputy Ministers, Regional Ministers, Members of Parliament, Chief Executive Officers (CEOs) of State-Owned Enterprises (SOEs) in the country.

According to the institution, the survey focused on project initiatives, the execution of projects and the impacts the project has or it is going to have on Ghanaians as a whole.

Scoring was influenced by the project initiatives, the project execution, and its impacts on Ghanaians currently and in the future.

The annual survey on the performance of Ministers, Deputy Ministers, and Regional Ministers has been announced by FAKS Investigative Services in Accra.

The annual survey also included the performance of Members of Parliament and Chief Executive Officers (CEOs) of State Owned Enterprises (SOEs) in the country. The 2019 survey focuses on project initiatives, the execution of projects and the impacts the project has or it is going to have on Ghanaians as a whole. Also, we consider the sector leaders going extra miles to improve on their mandates.

The team, which is made up of researchers, media practitioners and academia made the assessment based on the outcome of the findings they had. Apart from using the project assessment, the team also sought opinions from the public on the performance of the personalities mentioned above, especially the Ministers and the Deputy Ministers.

The survey took place between the months of October and December, 2019.

The 2019 survey was the 8th Edition since FAKS started assessing the performance of Ministers, Deputies, Regional Ministers, MPs and others.

Respondents for the survey were traditional rulers, commercial drivers, Journalists, students, petty traders, business owners, civil society organizations (CSOs), market women, academia, and others. Scoring was influenced by the project initiatives, the project execution, and its impacts on Ghanaians currently and in the future. About 73% of the respondents were between the ages of 18 and 50 while the remaining 27% were between the ages of 51 and 70.

Meanwhile, out of the 5,023 feedbacks received during the impacts assessment, 2,545 of the respondents, representing 50.67% were females while the remaining 2,478 representing 49.33% were males. Concerning the Regional Ministers, the team did not include the newly appointed six (6) Regional Ministers. The ranking was between 65% and 100%.

SEE THE DETAILS BELOW

Avoid greed, dishonesty and hypocrisy in galamsey fight – As...
35 minutes ago