Abandoning Of Bank Of Ghana Hospital And Other Projects; A Stale In Our Development Cycle

By Institute Responsible For Tracking Accountable 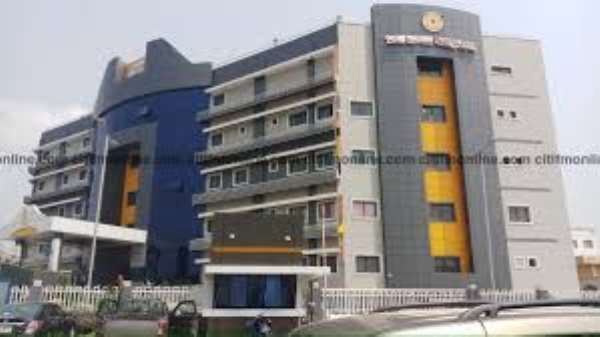 The Institute Responsible For Tracking Accountable Governance - IRETAG, sadly observed that several projects initiated by previous governments are mostly abandoned by the new administration. A regrettable development in our political history in recent time reveals that more than 65percent of projects initiated by erstwhile regimes are deliberately abandoned.

Prior to the 2016 general elections, H.E Akuffo Addo made a litany of promises with obligatory positions to protect the public purse and deliver a more people centered leadership to the nation.

Fast forward after the clinch of victory in 2016 by the president, many stakeholders like IRETAG had the flicker of hope that many roads, hospitals, schools etc. started by the John Mahama led regime of the NDC would see a new dawn of immediate completion to serve the better good of the ordinary citizens by the current regime.

The Bank of Ghana hospital among other essential projects at various stages of completion initiated by the previous administration continue to waste away while the government of President Akuffo Addo insidiously trumpets his firm commitment to an egalitarian society for all.

Notwithstanding the healthcare, reliable transport system, quality education deprivations caused by lack of continuity of these projects, loss of value for money, diversion of state resources and extra cost incurred on these projects in the future has no place in paddling our country towards development. The alarming debt hikes in our country with grave concerns of potential takeovers of some national assets if unpaid is largely attributable to these abandoned projects to self finance the loans.

Ghana is almost often on the negative side on most indicators of human development particularly the health sector. As an important element of national security, public health must not only function to provide adequate and timely medical care but also track, monitor, prevent, and control emergencies.

A recent survey conducted by our research team, published on GhanaWeb gave a shocking revelation on an huge number of abandoned projects scattered across the country. What was most shocking is that the abandoned projects with regard to the structure(s) already on ground amount to over US$725 million.

This is a major cause for national concern because the budgetary allocation for such venture-less purpose can transform the lives of millions of Ghanaians. Why should such a huge amount of money be wasted when the country wallows in underdevelopment and ever rising poverty? There is no denying that if that amount was used judiciously, the country will be in a better strata.

No country in the first world or Africa, particularly Ghana can afford to waste much needed funds gotten from loans the way it currently does. Political leaders who award contracts just to loot from the state coffers must be prosecuted as well. They must explain what happened to the funds that were released.

IRETAG just like any well meaning Ghanaian requests a legislation with heinous consequences compelling governments to prioritize continuity of projects initiated by their predecessors.

Also, Governments should not just be assessed on the extent to which their campaign promises have been fulfilled but more importantly the number of completed projects initiated by their predecessor. Conscious efforts must be made to complete ongoing projects before commencing new ones and they should not approve contracts whose completion time frame exceeds their tenure in office; this we expect Ghana’s Legislatures to actuate discussion on such legislation.

The time has come when political leaders, especially those who exploit Ghana through awarding contracts and abandoning the projects halfway, should be held accountable for their reckless and selfish actions.

Mr. President you may not be stealing from our treasury as you have always reiterated but you are killing us with wanton disregard for our welfare. Act now!!