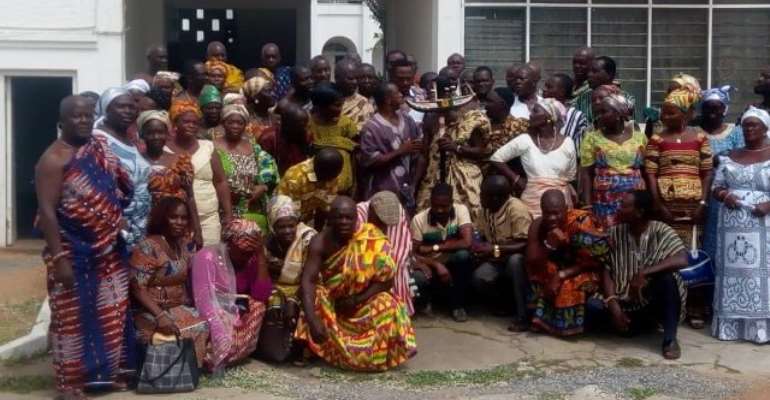 Fisherfolks operating under the Central Region Canoe Fishing Council are pushing to hold talks with President Nana Akufo-Addo in order to bring their challenges to bare.

The group wants the president to give them audience over critical matters that need to be addressed in the fishing sector.

The Council called on the Central Region Minister, Kwamena Duncan, on Monday urging him to lead them to meet the President to also commend him for the many projects he has started along the coastlines of the region.

He said the need for the regular flow of premix fuel and government support in obtaining outboard motors and other fishing equipment are among the key issues the council hopes to discuss with the President.

The Central Region Minister assured the fishermen that he will facilitate and lead the meeting with the President.

He said he constantly reminds the President about his promises to the fishermen during his campaign tour of the region in the lead up to the 2016 elections.

The President promised to construct landing beaches, provide fishing equipment such as outboard motors, fishing nets, and others during the 2016 electioneering campaign.

The Central Region currently will have six of the 12 landing beaches being constructed nationwide.