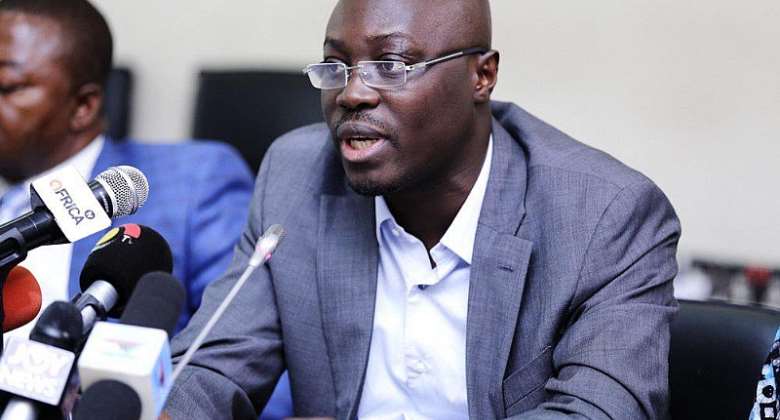 The introduction of new Ghana Cedi denominations which include the 100 and 200 notes is likely to be investigated by the next government of the main opposition National Democratic Congress (NDC).

According to the Minority in Parliament, there has been no tangible reasons by the Central Bank, Bank of Ghana, for the introduction of the new currency notes.

“The Minority wishes to reiterate the point made by the Minority Leader that, the introduction of the higher value notes would be thoroughly investigated by the next NDC government,” Cassiel Ato Forson, the Member of Parliament for Ajumako Enyam Essiam constituency said in a statement issued on behalf of the Minority on Monday, January 6, 2020.

The statement was in reaction to the Bank of Ghana’s recent justification for the introduction of the new the GH¢ 100 and GH¢ 200 higher denomination notes.

The Bank of Ghana said “[it] went through its standard processes to introduce the new denominations with integrity as it is to be expected.”

“The features of the new notes were unveiled at the launch. This is to avoid counterfeiters and other challenges associated with the issuance,” the BoG’s statement noted.

Adding that “immediately after the launch, the Bank embarked on intensive public education which is still ongoing to ensure the effective dissemination and use of the new coin and banknotes.

But the Minority in Parliament said due to the failure of the BoG to follow due procedure in introducing the denomination, some institutions including banks were rejecting deposits of the denominations because their systems were yet to be configured to validate the notes.

It said although banks all over the world undertake periodic reviews of the structure of existing currencies, it is not done in the manner the NDC government had intended it to be before it left office in 2016.

“It is true that central banks across the world do undertake periodic reviews of the structure of existing currencies for various reasons. That was why the exercise was begun in early 2016 with new designs (featuring some of our national heroes) that have unfortunately been discarded by the current administration. The plan for the new currency structure was to move the coin/note boundary by a step such that the ₵1 note will be phased out and the ₵2 note would be the new boundary. The rest of the structure was maintained because the ₵50 note does not circulate much in the non-urban areas in particular,” the minority said.

The Minority further said it believes the Bank of Ghana could have shelved the idea of introducing higher denominations of the cedi until the Eco currency is introduced.

“Regarding the context of the Eco currency which the Government of Ghana has in a recent statement committed to join, the Bank of Ghana and Government cannot be speaking different languages. Even if Ghana opts to adopt the Eco after three (3) years or even more, the fact still remains that the new higher denominations could have been shelved until the Eco is introduced.”