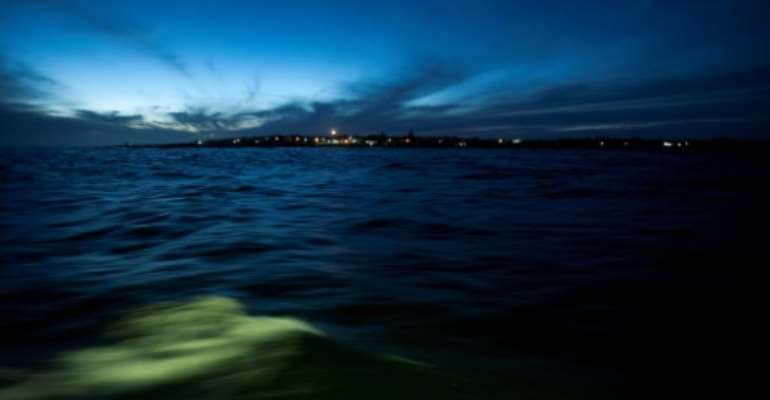 Mandela served most of his sentence on Robben Island, off the coastal city of Cape Town. The prison is now a World Heritage site. By RODGER BOSCH (AFP)

South Africa's first black president spent 27 years in jail for fighting white-minority rule before he was freed in 1990.

Mandela served most of his sentence on Robben Island, off the coastal city of Cape Town. The prison is now a World Heritage site and a museum visited by more than 300,000 people per year.

"The strike is around a deadlock on salary negotiations that commenced (in) early December 2019," said a provincial head of South Africa's National Education, Health and Allied Workers' Union (NEHAWU), Eric Kweleta.

Around 250 out of 500 employees took part in the work stoppage, said Kweleta, with groups picketing in front of the Nelson Mandela Gateway -- where tours begin.

Robben Island Museum has offered its workers a 6.5 percent salary rise, while NEHAWU is demanding at least a 7.5 percent increase.

"At this stage we haven't yet convened to discuss the way forward," museum spokeswoman Morongoa Ramaboa told AFP.

She said the museum's operations continued to "run normally" despite the strike.

Mandela won a sweeping victory in South Africa's first fully democratic election in 1994 -- marking the end of the apartheid regime.

He served as president until 1999 and has remained an iconic figure, fighting social injustice until his death in 2013.