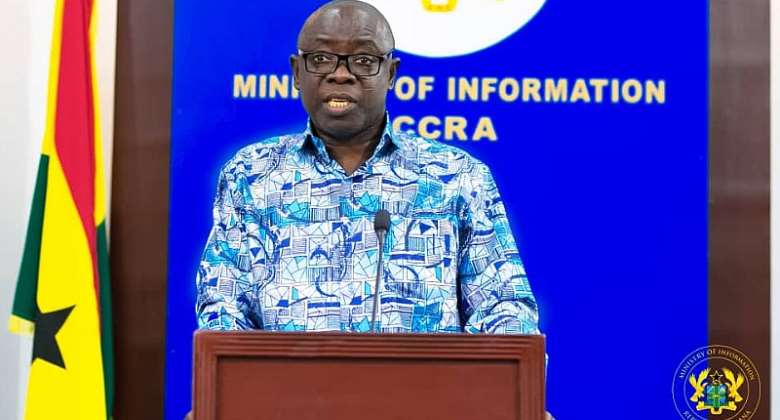 The Minister for Lands and Natural Resources, Kwaku Asomah Cheremeh, has impounded a Kia truck loaded with illegal lumbers at Sunyani in the Bono Region after the truck smashed into his vehicle.

The minister who was returning from a trip in the region chanced upon the truck with registration number AS 4955E being loaded with the illegal lumber and was heading from Dormaa to Yeji in the Bono East.

The Minister’s car was destroyed by the Kia driver when the minister attempted to stop him and inquiry about the destination of the lumbers.

Addressing the media at a press conference organised on Sunday in Sunyani, Mr. Cheremeh said the documents covering the illegal lumber during the arrest were suspicious because the amount paid in VAT was higher than the actual cost of the lumber and therefore further investigations needed to be conducted and the matter was referred to the appropriate authorities.

According to the Minister, his license and that of the Kia driver and other documents of the truck have been deposited at the Sunyani Police station pending investigations into the matter.

Kwaku Asomah Cheremeh said, due to the fight against illegal lumbering and rosewood in the country, the dealers have developed a strategy by transporting it through unapproved means therefore the ministry is always on high alert.

According to the minister several arrests have been made in a similar manner across the country where a number of rose woods and other illegal lumbers have been impounded and what happened in Sunyani is not an exception.

Hon Kwaku Asomah Cheremeh debunked the various allegations against him on social media that he demanded money from him and also caused the overnight detention of the truck driver clarifying that these are figments of the imaginations of the accusers since both parties left the police station after the police had taken their statement and nobody requested for anything from the Kia driver.

He however, warned that the fight against illegal rosewood in the region was on and they would not allow anybody to take the law into their own hands and destroy the forest.

It will be recalled that, the Ministry of Lands and Natural Resources has banned the lumbering of rosewood in line with the Convention on International Trade in Endangered Species (CITES).

Increase farm gate price of cocoa to GHS1k per bag for farme...
44 minutes ago