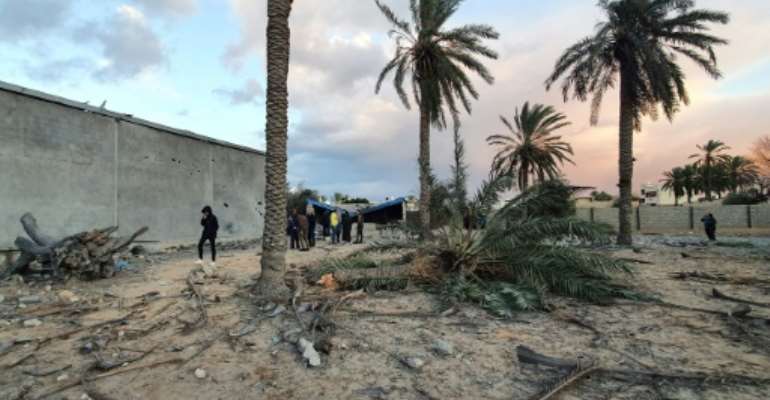 Libya's elected parliament is based in the east and allied with military strongman Khalifa Haftar who launched in April an assault on the Tripoli-based government recognised by the UN. By Mahmud TURKIA (AFP/File)

Libya has been beset by chaos since a NATO-backed uprising toppled and killed dictator Moamer Kadhafi in 2011, with rival administrations in the east and the west vying for power.

The elected parliament in the east is allied with military strongman Khalifa Haftar, who is at war with the UN recognised Government of National Accord (GNA), headed by Fayez al-Sarraj.

"Al-Sarraj and those who support him have requested a foreign intervention in Libya that we designate as high treason", Ehmayed Houma, parliament's deputy vice speaker, told AFP.

Turkish lawmakers on Thursday approved a military deployment in support of the GNA, which has been hit by a Haftar offensive against the capital since early April.

Houma said an "urgent session" of parliament will be held Saturday in the city of Benghazi "to study the repercussions of this blatant infringement by Turkey" in Libya's internal affairs.

"This misguided step by (Turkish President Recep Tayyip) Erdogan, which he foisted on his country's parliament, will have serious repercussions in the region", Houma said, calling on Libyans to rally behind Haftar's self-styled Libyan National Army (LNA).

The GNA has justified its request for help from Turkey on the grounds that it will help repel Haftar's offensive on the capital.

"The GNA has every right to defend its legitimacy and to protect civilians against aggression by a collection of coup perpetrators (who are themselves) supported by foreign parties", said interior minister Fathi Bachagha in a statement on Facebook on Thursday.

Turkey in November signed maritime and military deals with the GNA, the latter providing for a direct military intervention by Turkish forces in support of the Tripoli administration.

The agreements were concluded "legally and openly", according to the GNA's Bachagha, unlike arrangements between Haftar's forces and states which discreetly help him recruit "mercenaries".

Saudi Arabia, Egypt and the UAE support Haftar and they all have tense or limited relations with Turkey and another GNA backer, Qatar.