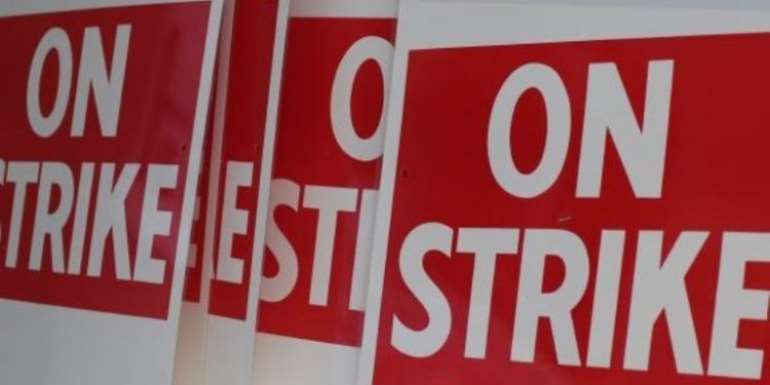 The continuous delay of allowances owed the Technical University Senior Administrators Association of Ghana (TUSAAG) has led to a furore among the members of the group.

The group has declared an indefinite strike effective Wednesday, 8th January 2020, over government's failure to pay all allowances due Senior Members of Technical Universities.

TUSAAG in a statement on Wednesday, 1st January 2020, said the government's failure to comply with the ruling of the National Labour Commission's, NLC, has eroded the goodwill of the leadership of the Union showed during the deliberations, thus the call for the strike action.

“This resolve is to register our displeasure about the inability of the government to comply with the National Labour Commission (NLC) on 4th November 2019 in the matter between the Technical University Senior Administrators Association of Ghana (TUSAAG) and the Ministry of Education to pay all allowances due Senior Members of the Technical Universities by 31st December 2019,” the statement said.

“The government's action of not complying with the ruling of the NLC has eroded the utmost good faith and goodwill that the leadership of TUSAAG exhibited during the discussions between TUSAAG and Government Team when the former withdrew its services,” it added.

On November 4th, 2019, TUSAAG reviewed its decision to call off their strike after a meeting with the National Labour Commission (NLC) and the Fair Wages and Salaries Commission (FWSC).

They were also concerned about the failure of the government to address their concerns – key among these was their base pay in line with their new status as university staff and not polytechnic staff.