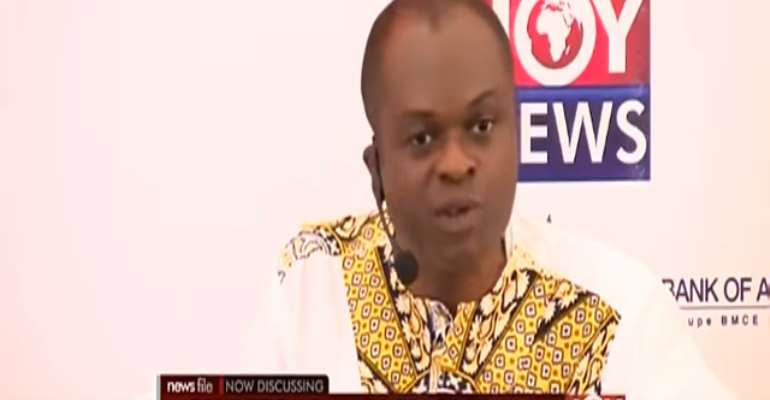 Private legal practitioner, Martin Kpebu, has suggested that public office holders be made to justify their assets before a commission of inquiry after leaving office.

He said the commission of inquiry method would be a more efficient way to help combat corruption in the country other than just declaring one’s assets before entering office.

“There is a great public interest in hauling all the appointees before a commission of inquiry,” he said.

Speaking JlyNews’ Newsfile at the University of Professional Studies, Accra, Saturday, December 28, he said the method had worked efficiently in the early times of Ghana’s democracy.

A reintroduction of such a commission of inquiry, will keep government appointees on their toes and their fingers out of the state’s coffers, he stated.

“At the time the appointee is going into office, he knows that at the end of it, he will appear before a commission of inquiry to account for all the properties and income he has since acquired,” he said.

However, Samson Lardy Ayenini, the moderator of the programme, voiced his concern about Ghanaians being unwilling to bear witness if such a commission of inquiry was ever formed due to social ties and being tagged ‘the bad person’.

Martin Kpebu in response recounted some clever ways Ghanaians had employed to serve the commission with information.

“Ghanaians would often rather than come and testify, they would go leave the evidence in front of the offices of the commission,” he said.

He called for a similar measure to be undertaken now, to combat the corruption in the country.

“Let’s just make it simple, henceforth, at that time you’re leaving office you appear before a commission to account for all the properties you have since acquired then it will be easy for people to come forward and proffer evidence rather than whistleblowing.”

It’s beyond debate; Akufo-Addo has completely mismanaged Gha...
35 minutes ago

My morale is down – Angry Inspector reacts to mass promotion...
39 minutes ago