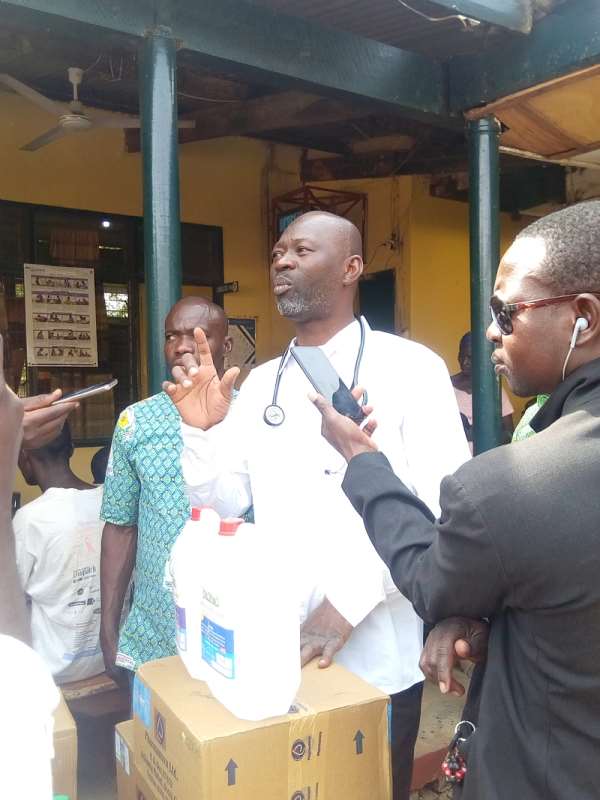 The member of Parliament for Daffiama-Bussie-Issa constituency was seen busily working in the consulting room in full accoutrements of a medical doctor yesterday, 28th December 2019.

The medical team led by the Hon Member of Parliament comprises of nurses, midwives, gynaecologists, and other experts. There was also mobile team that was moving to and fro Issa and Daffiama attending other special cases and also coordinating those who were supposed to go through surgical operations. The surgical operation team was stationed as Nadowli hospital to attend to those who were brought there.

Hon Sebastian Sandaare and his team have been doing this annual intensive medical outreach program for nine years now.

Explaining the essence of the program to the media, Hon Sebastian Sandaare did indicate that he has taken that up as a payback to society as a medical doctor. Many patients have had their problems solved at no cost.

The MP also stated that he takes the health of the Daffiama-Bussie-Issa very paramount to their well-being and will continue to invest in that area to help the people. He added that though he is a Member of Parliament, he would never abandoned his professional job as a medical doctor and that such skills would still be harnessed to the benefit of the people.

As part of the program, he donated various medical items, drugs, detergents and other equipments to the Daffiama and Issa Health centers.

This year's program is a three day program and expected to end on 30th December, 2019.