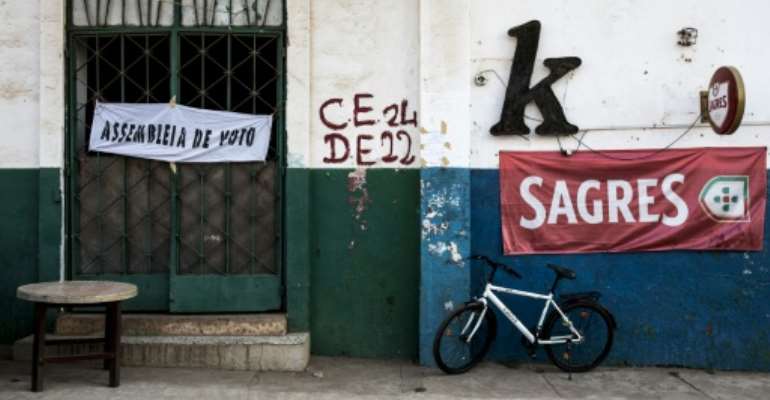 Guinea-Bissau has suffered four coups and a string of political assassinations since independence from Portugal in 1974. By JOHN WESSELS (AFP/File)

Voters in Guinea-Bissau cast their ballots in a presidential runoff Sunday with the hope of ending months of political turmoil in the coup-prone West African state that is one of the world's poorest nations.

Both are promising a better economic future in a young country wracked by poverty, instability, high unemployment and corruption. 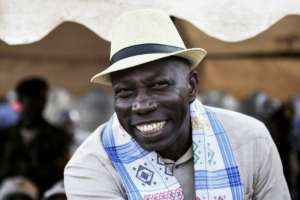 Domingos Simoes Pereira, a civil engineer by training, is the frontrunner after the first round vote. By SEYLLOU (AFP)

Incumbent Jose Mario Vaz crashed out of the race in the first round in November -- becoming the first elected president in 25 years to reach the end of his mandate without being ousted or dying in office, in a country where the military has loomed large in politics.

Polling stations, often set up in the open air, opened at 0700 GMT.

"This is the most important day. We want everything to go well," said Dominique Zale, a security guard and father-of-six who spoke to AFP at a polling station near the port in the capital Bissau, where voters started lining up before dawn.

"We must vote to change things. The next president will have the mission to make the country work," said 31-year-old Jair Fernandes Martins, at a nearby polling station. 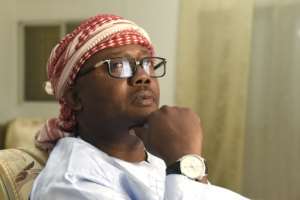 Umaro Sissoco Embalo is a former general who has pitched himself as a unifier. By SEYLLOU (AFP)

Nearly 70 percent of Guinea-Bissau's 1.8 million people lives on less than $1.90 a day and the country ranks 178th out of 189 on the UN Human Development Index.

The small tropical country gained independence from Portugal in 1974, but has suffered a string of military coups, attempted coups and political assassinations ever since.

After the latest coup in 2012, the West African regional bloc ECOWAS deployed a nearly 700-member force to try to stabilise the fragile nation.

A member of the European Union election observation team expressed cautious optimism that the military would not disrupt the political process this time.

"The soldiers are quiet. I hope that this will continue, but we will see after the results are announced," they said.

Polls close at 1700 GMT and the results are not expected until next week.

The election campaign passed loudly and colourfully and with no violence.

Pereira, 56, a civil engineer by training, won 40.1 percent of the vote in the first round on November 24.

He belongs to the African Party for the Independence of Guinea and Cape Verde (PAIGC), which is historically rooted in the fight to end Portugal's colonial rule. 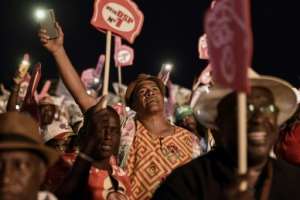 Pereira supporters rallied on Friday ahead of the vote. By SEYLLOU (AFP)

Embalo, a former general who wears a red-and-white Arab keffiyeh headdress, is gambling that he can chip away at Pereira's lead by getting backing from candidates knocked out in the first round in November.

The 47-year-old came second with 27.65 percent. He represents Madem, an opposition party formed by PAIGC rebels.

The latest crisis erupted in 2015 when Vaz sacked Pereira as prime minister, a move that incensed the PAIGC.

Thereafter, Vaz was unable to get parliamentary backing for his proposed prime ministers -- and parliament did not sit for nearly two years until April 2018 when Aristides Gomes was appointed "consensus" prime minister.

Vaz came fourth in the first round of voting, with just 12.4 percent.

Guinea-Bissau has been lacerated by graft, ranking 172nd out of 180 countries in Transparency International's 2018 index for perceived levels of corruption.

Latin American drug runners have exploited the instability and poverty to make the country a hub along the cocaine-smuggling route to Europe. 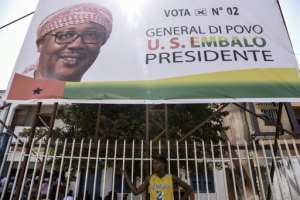 Embalo hopes to capitalise on support from other candidates knocked out in the first round. By SEYLLOU (AFP)

"The money which you are bringing into the country isn't going through legal channels," he said.

Embalo denied this and hit back, accusing Pereira of "dipping into the state's coffers" to finance his election campaign and lashing the PAIGC for mismanaging the economy.

On the streets of Bissau this week, some voters questioned by AFP voiced scepticism about the country's politicians. 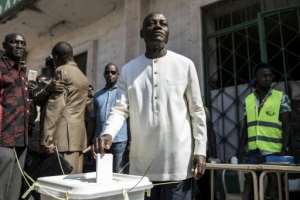 Suleimane Camara, a teacher who said he had not been paid for six months, lashed out at the PAIGC for being "unable to meet the public's basic needs".

Moutar Diallo, a fisherman, called on the future president to build roads, lower the price of rice and solve "the problem of hospitals where pregnant women died" giving birth alone.

Clothes seller Abdoulaye Diallo added: "The next president must give us work. Nothing works in Bissau."