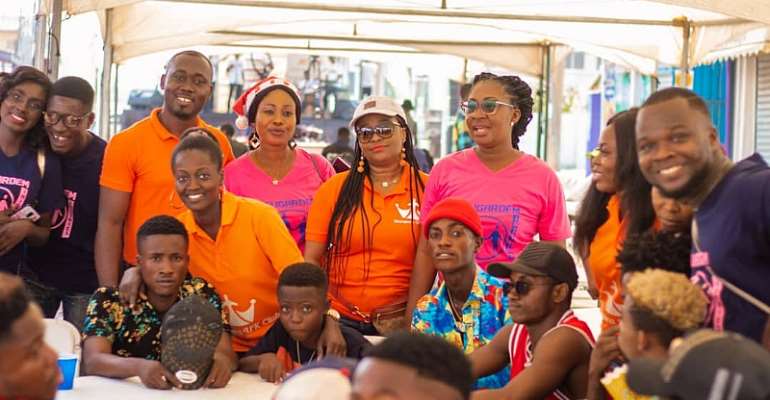 A purpose-driven organization, Sugardemministries in collaboration with Adom TV and Diaspora UK club distributed food and other items to street dwellers on boxing day in Accra.

The charity program was targeted at the downtrodden in society. The reason behind the kind gesture is to make the vulnerable feel sought after in this festive season whilst protecting their integrity as humans who deserve the best.

Speaking to the media, the founder of Sugardemministries, Nana Ama Asantewaa Kwarko said Jesus showed Himself to her in a dream in November, 2015 and gave this great assignment to embark on charity works which she's been doing with the help of members of her first NGO modern women of wisdom.

According to her, God speaks often of the poor and needy in the Bible and commands us to give generously to the less fortunate whilst speaking up on their behalf.

The program brought tears to many viewers of Adom TV as they felt moved by the touching stories of some of the street dwellers.