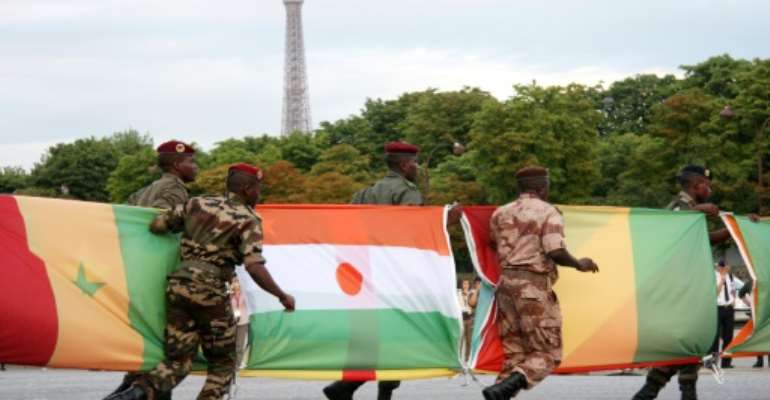 The year 1960 was to be crucial for Africa: 17 sub-Saharan countries became independent from their European colonisers, 14 of them from France.

Here is a timeline of events in Africa that year: 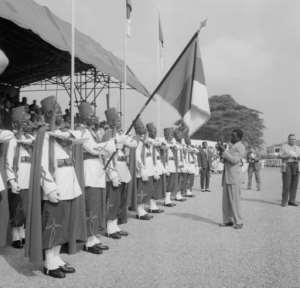 Yaounde, January 1 1960: A military salute as Cameroon gains independence from France. By (AFP/File)

- 1: Cameroon, a former German protectorate split between Britain and France after World War I, becomes independent

- 9: Zambia independence leader Kenneth Kaunda is released after nine months in jail in the British colony of Northern Rhodesia

- 12: Britain lifts a state of emergency in place in Kenya since 1952, at the outbreak of the Mau Mau rebellion against colonial rule

- 24: The start of Algeria's week-long uprising by defenders of "French Algeria" in which more than 20 people are killed in clashes with authorities 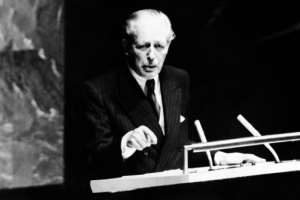 Harold Macmillan delivers his Wind of Change speech. By - (AFP/File)

- 3: British Prime Minister Harold Macmillan delivers his "Wind of Change" speech in South Africa, criticising apartheid and indicating Britain would not block independence in its colonies 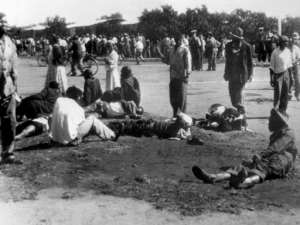 - 21: Police fire into a demonstration by black South Africans at Sharpeville outside Johannesburg, killing 69 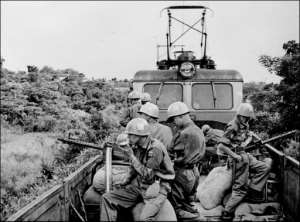 UN troops were deployed to Katanga after the province seceded from the newly-independent Congo. By STF (AFP/File)

- 11: The Belgian Congo's mineral-rich province of Katanga secedes with Belgian and US support, unleashing a long series of wars and rebellions 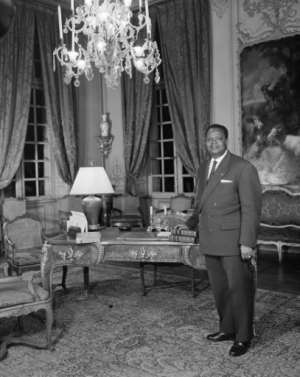 - 15: Independence of the French colony of Congo. The Republic of Congo also became known as Congo-Brazzaville to distinguish it from its neighbour of the same name.

- 5: South Africans vote in a whites-only referendum for the country to become a republic, ending its status as a self-governing dominion of the British 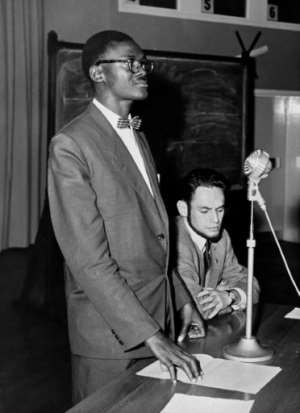 Congolese independence hero Patrice Lumumba was assassinated in 1961. By (AFP/File)

The Nobel Peace Prize goes to a black African for the first time in 1960, awarded to South African Albert Luthuli, president of the ANC, for his role in advocating non-violent resistance to apartheid

#FixTheCountry campaign goes international with over 500,000...
48 minutes ago