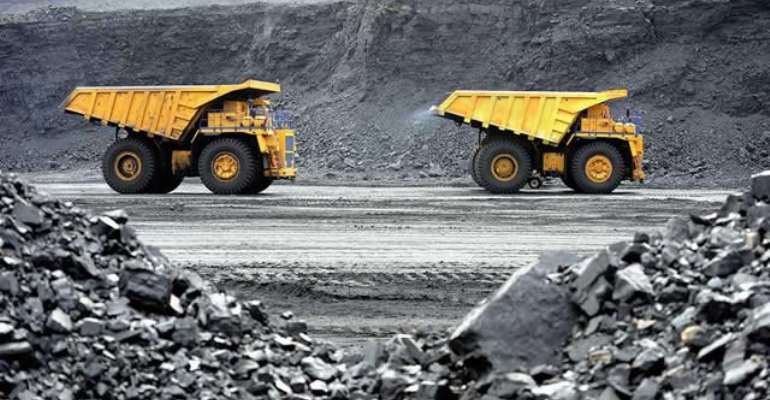 Over 6,500 former workers of Anglogold Ashanti, Obuasi Mine, are urging government to release the money from the heritage fund, established over 100 years ago or face their wrath.

“The over 6,500 people affected have children and families. We are not going to allow any of them vote in the upcoming election until the money is released.

“In fact, government has very little time to release the money to the beneficiaries, else something greater than this will happen,” the group’s spokesperson said at a press conference.

The ex-employees who claim to have no idea how much has accrued to the Fund since it was set up in 1897, say the release is long overdue.

They tell Joy News, the process to retrieve the money was initiated after the closure of the mine in 2014.

According to Isaac Asiedu, the transfer of the Fund to government for onward payment to potential beneficiaries is the reason behind the call on government.

‘In or around 2014, the operations of the company collapsed or rather it was seized and the workforce of the company at that time became entitled to benefit from the heritage fund of the company. After operations were closed in 2014, we started the process to claim our benefit under the said fund. It was then that, it was revealed that, the fund has been given to government by the company for onward payment.

“On June 6, 2018, the representatives of the workers met with President Nana Akufo-Addo to draw his attention to the fund and we had discussions about it. We presented the necessary documents concerning the fund to him upon the said meeting. The President referred us to the Deputy Chief of Staff and told him to communicate with the Minister for Lands and Natural Resources.”

He also accused government of deliberately delaying the release.

“Since that meeting, there has been a number of follow-ups and our information is that all the necessary processes have been undertaking towards the release of the funds but it is only left with the President to give the green light for the said money to be paid to the beneficiaries.

“Regrettably, however, the president has still not done what is required of him to ensure the release of the money,” Mr. Asiedu alleged.