Human Perceptions About Your Genealogy Versus What God Ordained: Lessons From The Genealogy of Jesus Christ 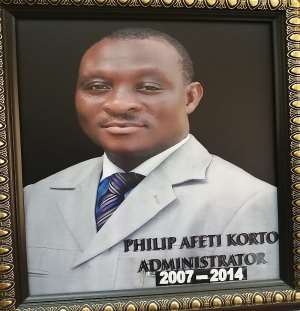 It is yuletide again, it is Christmas and it is that time again to reminisce the birth of Christ. It is a time to pause, do self-introspection, be generous to others and relate more with people. I want to wish my reading public Merry Christmas and a Happy New Year in advance. Thank you, for reading my articles, commenting on them and encouraging me to stay prolific. It has been fun getting your feedbacks especially when you disagree with me on an issue raised in one of my weeklies.

This article comes to encourage you to ignore societal or human perceptions about your family tree or genealogy and focus on God and for that matter the cleansing blood of Jesus which speaks better words (His blood speaks forgiveness) than the blood of Abel ( his blood spoke vengeance).

Every genealogy has destiny given by God and an individual descendant of that family tree taps into what God ordained for that genealogy. Sometimes, people may have negative perceptions about your family and think that you are so sinful before God so you cannot make it in life but what God ordains for you is different and better. What people think you will be is different from what God blesses your genealogy to become despite tribulations and the downfalls of people within that genealogy. Unlike man who judges you or your genealogy from physical appearance and deeds, God looks at the heart (1 Samuel 16:7). Had it not been that, David would not have become a great King of Israel. Besides, God lifts up the down trodden and makes them great (e.g. David the shepherd boy became a King) while He lowers the great who are proud (the case of Nebuchadnezzar).

We will use the earthly genealogical records of the child Jesus as documented by the Gospel of Mathew to encourage ourselves in this article since it is Christmas.

According to Mathew Chapter one, Jesus descended from Abraham, Issac, Jacob, Judah, David, Solomon and Rahab. Of course, the genealogical list is long. It is important to touch on Judah, David, Solomon and Rahab in the Jesus genealogy to buttress the assertion that sometimes the outward appearance of your family may look sinful or hopeless to man, but once God is in the picture, a complete turnaround is possible.

Judah was one of Jacob’s children. Before his death, Jacob blessed his children and prophesied in their lives. In doing so, he blessed Judah abundantly. Jacob’s prophecy in the life of Judah became apparent in the life of Jesus the Messiah. Note that Jesus descended through Judah (Hebrew 7:14) in accordance with the Abrahamic Covenant which God cherished and honoured.

Jacob said to Judah, “You, Judah, your brothers shall praise you (Jesus is praised by all). Your hand shall be on the neck of your enemies; the sons of your father shall bow down to you (at the mention of the name of Jesus every knee bows). Judah, like a lion’s whelp, you have grown up on prey, my son. He crouches like a lion recumbent, the king of beasts – who would dare rouse him? (messianic prophecy; Jesus defeated his foe). The scepter shall never depart from Judah, or the mace from between his legs, while tribute is brought to him, and he receives the people’s homage. He tethers his donkey to the vine, his pure-bred ass to the choicest stem. In wine, he washes his garments, his robes in the blood of grapes… (Jesus died a bloody death).

However, it was not all holy in Judah’s immediate family, so why did Jesus Christ the holy one come from that family? It is because what God ordained for that family is different from what societal perception about the family was. One after the other, God struck dead, two of Judah’s sons, Er and Onan because they were sinful. When Er died, Onan was made to marry Tamar, his brother’s widow so that Onan could father children on behalf of his deceased brother. However, whenever Onan slept with the woman, he spilled his sperm or seed on the ground (coitus interruptus) so that he would not make children for his brother. God killed Onan also as a result. Eventually, Judah slept with Tamar (his son’s widow) without knowing she was the one. Tamar gave birth to Perez and Zerah for Judah. Is this Judah from whom Jesus came? Why would the holy Jesus come from such a genealogy? It is because what God ordains is different from what people think about you.

Touching on David, he was a wife snatcher and a whole lot yet Jesus came from his genealogy. Several times in the New Testament, Jesus was even addressed as the son of David.

Like his father David, Solomon was lascivious and had so many concubines and wives yet his name is mentioned in the genealogical account of Jesus. Does it mean that God endorses sin? No, it is because whatever God ordains for a genealogy will come to pass no matter how long it takes or no matter what happens. Jesus even said He came for the sinful and not for the righteous.

As for Rahab, Bible describes her as a prostitute. A prostitute being a great grandmother of the Lord Jesus Christ? Yes, because God thinks and acts differently from mankind. Coincidentally, another prostitute was brought to Jesus to pass judgment on her but He forgave the woman and saved her from the capital punishment of being stoned to death. Why would God choose the family of the prostitute Rahab as the earthly family of His Holy Son? It is because God’s ways are not our ways. Some people may think that your family has traits that must necessarily lead to failure and accidental deaths so you cannot make it in life but with God in the picture, you will become great.

Even though a prostitute, Rahab did something good by providing a haven or a hiding place for Joshua’s spies to the Promised Land. Rahab shielded the spies and made it impossible for the King of Jericho to kill them (Joshua 2: 4).

Even as we celebrate Christmas, believe in what God has ordained for your family or yourself and ignore the negative societal perceptions about your genealogy. That does not mean that you should reject or ignore useful corrections on your life path. Merry Christmas once more my dear reader, and do not forget to pray for your genealogy especially your posterity.