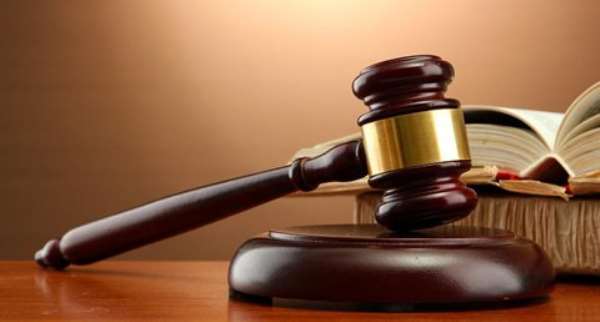 The Paramount Chief of Mankessim, Osagyefo Amanfo Adu IV and the Queen mother of Mankessim, Nana Amba Amissah III, have been remanded into police custody by the Saltpond District Court.

The two are to reappear before the court on January 8, 2020.

The Chief and Queen mother have been charged with conspiracy to commit crime, murder and causing unlawful harm by state prosecutors in connection with the shooting incident at Mankessim during the installation of a new Queen mother earlier this month.

The Mankessim chieftaincy tussle got to a head after a faction enstooled Nana Araba Otuah II as Queen mother to replace Nana Amba Amissah III after a High Court in Cape Coast ruled to nullify the latter’s name and that of the Omanhene of Mankessim Traditional Area from the register of the National House of Chiefs.

While the newly enstooled Queen mother was being transported in a palanquin and paraded in a procession along the Mankessim Anafo road, some gunmen perched on a storey building near the Anafo junction opened fire on those taking part in the procession.

Two persons including the BNI officer for the Mfantsiman Constituency were killed. Eight others, including a police officer, sustained various degrees of injuries.

The Central Regional police arrested the Chief and Queen mother whom they suspected to be part of the grand plot to scuttle the enstoolment process.

Praying the court to admit them to bail, the lawyer for the accused, Francis Boah Essilfie, argued that the two were prominent members of society and would not pose any danger to society, neither will they interfere in the case.

He pleaded for clemency for the two and asked the court to look at the season and time and admit them to bail pending trial.

The presiding judge, Patience Ablorh indicated that she has taken into consideration the time and season but cannot grant their request.

According to her, the District Court has no jurisdiction to grant the accused bail in the pending case unless the High court.

She averred, “their status in society does not matter in the current scheme of things. Equality before the law is what the rule of law is about.”