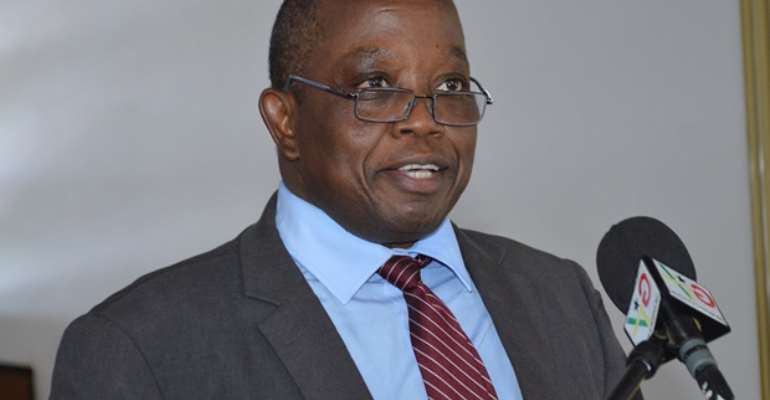 An Accra High Court has set aside the decision by the Auditor General, Daniel Domelevo, to disallow and surcharge a construction company based on its audit report.

The Auditor General had disallowed and surcharged Joshob Construction Company Limited a total of GH¢11,777,823.40 which is its IPC 10 pending payment.

Not satisfied with the decision, the company took the Auditor General to court to appeal his decision to disallow and surcharge it.

Interestingly, the Auditor General, in his written address to the court, conceded to the content of the appeal.

The court, presided over by Justice Anthony Kofi Abada in his judgment, reversed and annulled the Auditor General's report and ruled in favour of the appellant, Joshob Company Ltd.

“This is an appeal against the defendant decision contained in a report dated 23rd January, 2018 delivered by Mr. Daniel Yaw Domelevo on the respondents disallowance and surcharge of appellant's claims respecting IPC No 10, 11 and 12 which were pending payment. The defendant/respondent have conceded per their letter dated and filed on 17th April, 2018 IPC No 10, 11 and 12. I shall accordingly allow the appeal to set aside the purported claims of the defendant/respondent,” the court ruled.

The court subsequently ordered the Ministry of Finance, Department of Urban Roads and or the Controller and Accountant General to pay the total sum of GH¢11,772,823.40 to the appellant.

The court also awarded a cost of GH¢5,000 against the Auditor General.

Second Loss
This is the second appeal that has been ruled against the decision of the Auditor General to disallow and surcharge individuals and companies.

Another Accra High Court presided over by Justice Georgina Mensah-Datsa in October this year nullified the audit findings against former Chief Executive of the National Health Insurance Authority (NHIA), Sylvester Mensah, and his deputy, Alex Nartey.

According to the judge, the audit and notice of certification and specification of disallowance and surcharge against the former NHIA bosses did not follow the necessary proceedings, rendering it null and void.

Other Cases
There are other cases pending before other courts which are challenging the decision of Mr. Domelevo to wrongly disallow and surcharge some government officials and private companies.

They argued that the methods used by the current Auditor General are unknown to audit practices.

Prominent among those cases is that of Zoomlion Ghana Limited which is challenging the decision of the Auditor General to disallow and surcharge the private company GH¢184 million over contracts it said it had executed for the NHIA through the Ministry of Health (MoH).

Senior Minister Yaw Osafo-Maafo has also gone to court appealing against the decision of the Auditor General to surcharge him and four others over $1 million paid to Kroll Associates, a UK-based investigation firm.

The appellants in their appeal aver that the Auditor General “committed a grave and fundamental error of law in purporting to investigate and make findings of breaches of the procurement law by the appellants when he had no such authority at law.”

Concern
The Majority Leader and Minister of Parliamentary Affairs, Osei Kyei-Mensah-Bonsu, has equally expressed concern about how Mr. Domelevo is running Audit Service in the media.

He expressed worry about the way the Auditor General makes his report public even before it is presented to Parliament.

“Increasingly, we are finding situations where the Auditor General, after they finish with the work before they transmit it to Parliament, will organise press conferences and take some people to the cleaners,” he pointed out.

He, therefore, called on the Auditor General to make its report to Parliament for it to exercise effectively its power over the purse.

“In many instances when the report has come to Parliament we find out that many times the Auditor General has gotten it wrong and yet he has gone out there to scandalise and vilify personalities,” the Majority Leader said in Accra.