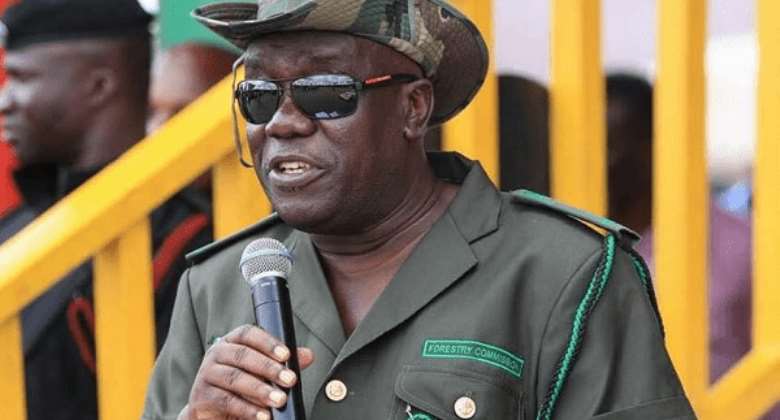 The firearms will enable the guards to protect themselves and also repel the frequent attacks on them by some unscrupulous people, including illegal chainsaw operators and poachers.

The Chief Executive Officer of the FC, Mr Kwadwo Owusu-Afriyie, who announced this in Accra last Friday, said: “By February 2020, the firearms will be in to properly arm our staff when they go out.”

“To combat the increasing spate of illegal logging, mining, farming and other such activities in our forest reserves and wildlife protected areas, different approaches are being pursued,” he added.

Mr Owusu-Afriyie, who was speaking at the end-of-year briefing and awards ceremony at the headquarters of the FC, said “the commission sought the approval of the Public Procurement Authority to procure 1,000 arms and ammunition for forest and wildlife guards for the effective patrol of our forest and wildlife estates”.

He cited instances when forest rangers of the FC on duty had been shot at, thereby putting their lives in danger.

Tree planting
He also said an estimated 24 million assorted species of seedlings had been supplied and planted, and mentioned some of the tree species as Ofram, Emire, Wawa, Kokrodua, Teak, Cedrela, Gmelina, Cassia, Eucalyptus and Mahogany.

He said an additional 1.4 million tree seedlings were nursed by personnel of the Youth in Afforestation Project (YAP).

Financing
On the financial performance of the commission as of the end of September 2019, he said GHȼ146 million was realised from government subvention, internally generated funds and donor funding.

According to him, GHȼ94 million was spent on goods and services, with GHȼ6.4 million being expended on assets.

The event was used to honour staff of the FC from across the country for their hard work and commitment during the year.

Galamsey: We have to win the fight to protect our heritage -...
47 minutes ago