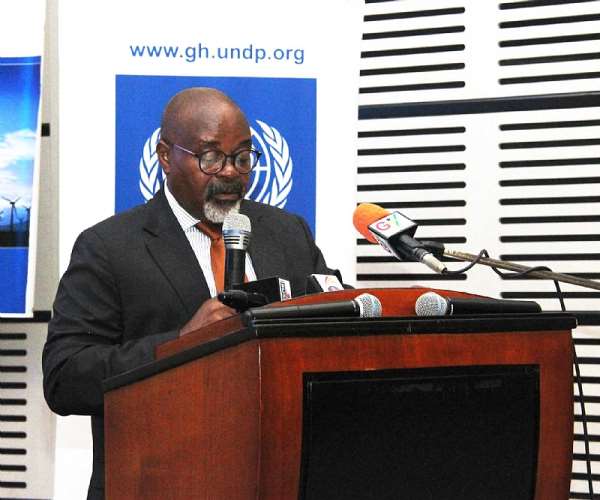 They made this known during the launch of the development process of the GCF Country Programme (CP) for Ghana, organized by the United Nations Development Programme (UNDP) and the Ministry of Finance.

The launch introduced the development process of the country programme to stakeholders and solicited their feedback. It brought together Civil Society Organisations, youth groups, as well as agencies and organizations within the public and private sectors. Stakeholders at the launch expressed satisfaction with the inclusive process and pledged their full support.

‘’The collaborative nature of this process is very significant, as it will allow the voices of all stakeholders to be heard and this will ensure successful development and implementation of the GCF Country Programme”, stated, Mrs. Saadia Babtoya Owusu Amofah, Country Coordinator for the International Union for Conservation of Nature (IUCN).

Speaking at the event, the acting Resident Representative of UNDP Ghana, Mr. Aeneas Chuma, indicated that, the GCF Country Programme would be crucial in determining which sectors, programmes, and projects Ghana would want to prioritize with the Green Climate Fund to enable the country attracts the needed funding to help deal with the effects of climate change. He pledged UNDP’s continued support to the Government of Ghana and emphasized the importance of mobilizing stakeholders to develop the country programme.

‘’The development of Ghana’s GCF Country Programme is timely, as it helps the country to make transparent decisions on what programmes and projects would be better suited to help meet its obligations under the Paris Agreement”, Mr. Chuma noted.

In a speech read on his behalf, Dr. Alhassan Iddrisu, the Director of the Economic Strategy & Research Division (ESRD) of the Ministry of Finance, noted that climate change has become a big issue in global discourse because of the serious risks it poses to the survival of life on the planet.

He stated that government is working assiduously with other stakeholders to implement policies and programmes, including its ambitious Nationally Determined Contribution s (NDCs), which aim at combating climate change.

‘’As a member of the United Nations Framework Convention on Climate Change (UNFCC) and a party to the Paris Agreement, Ghana has initiated programmes that have led to the mainstreaming of climate change in our economic and financial policies’’, Dr. Iddrisu stated.

The GCF was established in 2010 as an operating entity of the financial mechanism of the United Nations Framework Convention on Climate Change (UNFCCC), designed to disburse new and additional resources to developing countries to address climate change.