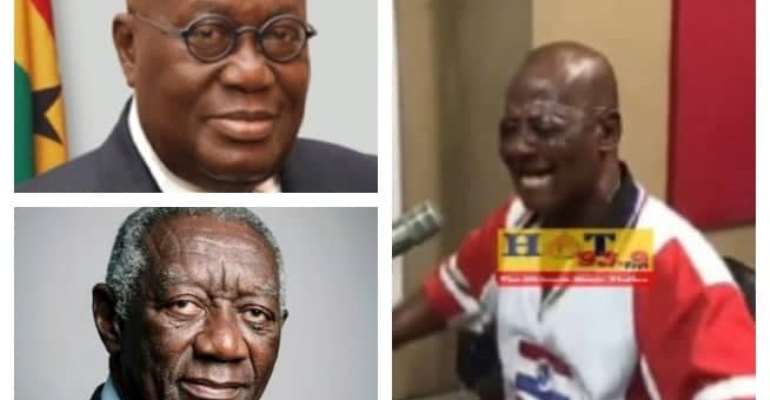 The governing New Patriotic Party (NPP) is making frantic efforts to satisfy Ghanaians in fulfillment of its campaign promises, but unfortunately, some members within the party are bitterly complaining about how they’ve been neglected by the party.

T.K. Aboagye popularly known as One Man NPP, is one of the numerous staunch members of the New Patriotic Party who feel betrayed after working assiduously in ensuring victory of the party in 2016.

According to One Man NPP, even though he was an informant of Ex-President Kufour who heeded to all the information he gave him when he (Kufour)was the President, he has been sidelined by President Nana Akufo-Addo

“I was former President Kufour’s informant….Kojo Mpianim was staying close to the former President so when i visit him, Kufour will authorise him to come and tell him what we discussed and he puts into practice, but now Nana Addo has blocked me, after all, I did for the Party”.He told Boamah Darko host of ‘Maakye’ On Accra-based Hot 93.9FM

In a teary mood, the Outspoken One Man NPP accentuated extensively that: ”In my life, what I hate is lies, what I see is what I say…Most NPP members are very corrupt…they only came into the party to loot and share. When they realise that you don’t conform with their corrupt acts, they then sideline you…After 2020, I will not campaign for NPP”.

Kindly watch excerpts of the interview below!