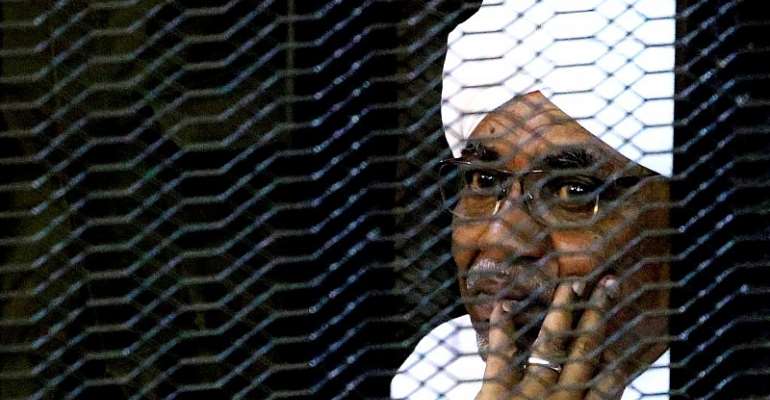 Sudan's former president, Omar al-Bashir, was sentenced on Saturday to two years in a reform centre for corruption.

Dressed in traditional white robes and a turban, Bashir watched silently from inside a metal defendant's cage while the verdict was delivered.

“The convict, Omar al-Bashir, is consigned to a social reform facility for a period of two years. The sums of foreign and national currency that were seized are confiscated,” Judge Al-Sadiq Abdelrahman said.

Bashir, 75, was deposed by the military in April following months of street protests against his rule. Pro-democracy campaigners and senior soldiers steer the north-east African country. They say they want to dismantle the legacy of Bashir's leadership.

Downfall
Saturday's judgment means the man who dominated Sudan for three decades will be sent to a correctional centre for the elderly as anyone over the age of 70 cannot go to prison under Sudanese law.

The court in the capital Khartoum also ordered the confiscation of millions of euros and Sudanese pounds found in Bashir's residence when he was toppled.

The case against Sudan's ex-leader centred around suitcases filled with multiple currencies worth more than 116m euros which were found in his home.

While the former president admitted he had received $25m from Saudi Arabia's Crown Prince Mohammed bin Salman, he pleaded not guilty to the charges.

Legal cases
The funds, he said, formed part of Sudan's strategic relations with Saudi Arabia and were not used for private interests but as donations.

Several other judicial cases have been launched in Sudan against Bashir, who is also wanted by the International Criminal Court for genocide, war crimes and crimes against humanity for his role in the Darfur conflict.

In May, Bashir was charged with incitement and involvement in the killing of protesters during the anti-regime demonstrations that led to his ouster.

This week he was summoned for questioning over his role in the 1989 military coup that brought him to power.