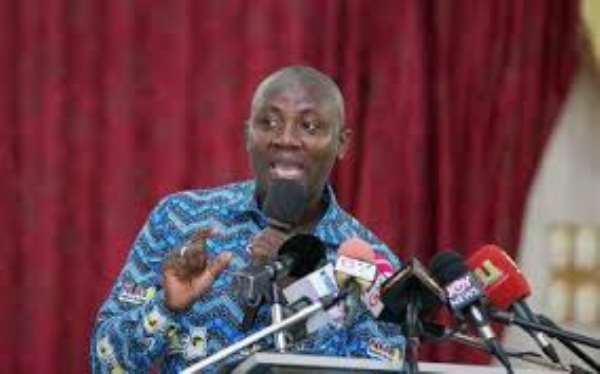 Trainees under Government’s Nation’s Builder’s Corps (NABCO) programme have been counseled to uphold good integrity while benefitting from the three (3) years programme.

According to the Chief Executive Officer (C.E.O), Dr. Ibrahim Anyars, it is important for beneficiaries to know their worth and essence of the module in order to become better Entrepreneurs in future.

He tasked the trainees to place a priority on the three years programme adding that the end-result(s) will justify the efforts invested.

He also mentioned that NABCO programme was structured as a work and learn programme for the trainees and not a full time employment module.

Dr. Anyars emphasized although the first year has been challenging for some trainees, he is confident they will survive in the next two years.

The C.E.O said “If NABCO was created to assist you in your career journey, trainees realize their value, knowledge among others and work on it”

Management of NABCO says following the celebration of the First Year Anniversary held recently, some beneficiaries who could not attend tasked the team to embark on a knowledge-sharing process which will give opportunities to majority of the workforce to grasp what they missed earlier.

She said “As a trainee, it is important to know your etiquette. It must be shown at various places of work. No employer will employ a trainee with bad etiquette”

She added that bad etiquette at work affects productivity adding that trainees must treat their current temporal office as their personal job and work well.

She further mentioned that if good etiquette is being exhibited by trainees at the various stations, it projects not only the image of the trainee but that of the Nation Builder’s Corp.

She says since this is the first year out of third, she believes, most of the trainees after the three years programme will gain permanent employment through their hard work.