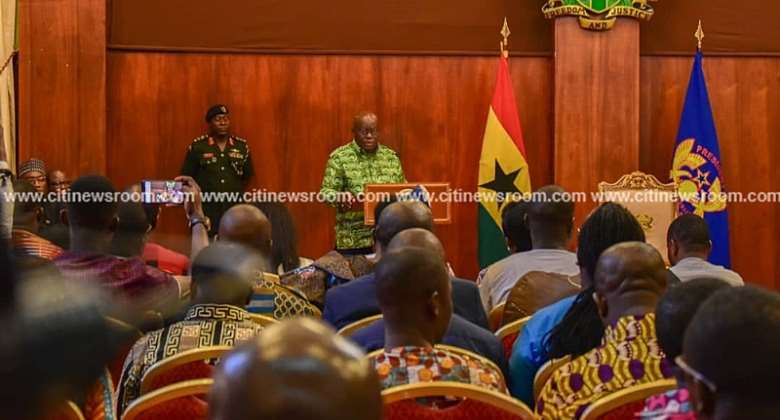 President Akufo-Addo has touted his government’s handling of Ghana’s economy compared to what he described as an ailing economy he inherited from the previous government.

Speaking highly of the governing New Patriotic Party’s (NPP) economic fortunes, President Akufo-Addo boasted that, his government has for the past 36 months managed the economy in an all-time right direction.

He added that it was crystal clear that, economic statistics and data of the country have been positive giving a strong indication that the Akufo-Addo led government has so far performed creditably well in the management of the Ghanaian economy.

“Many of the statistics and data about my government is the reason why we are here and why the people of Ghana made the change. For me, that is the central issue we are going to account for. So how have we fared? For instance, inflation is somewhere 8.2 or 8.4 percent this year which is a significant improvement. There has also been a significant improvement in our fiscal statistics.”