We Can’t Construct All Roads In Ghana – Akufo-Addo 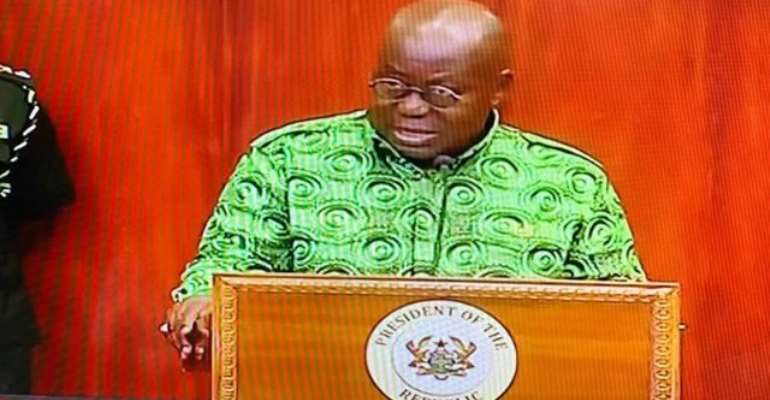 President Akufo-Addo has stated that even though his Government has declared 2020 as the year of roads, not all roads in the country will be constructed.

That, he said, was because the country does not have enough funds to construct all roads nationwide.

It would be recalled that the Finance Minister while presenting the 2020 Budget Statement in Parliament in November, declared 2020 as the year of roads.

However, President Akufo-Addo who is addressing journalists at the Jubilee House, says his administration will select some significant roads for construction.

He said the country will witnessed a significant expansion of the road infrastructure in the course of next year.

The President bemoaned how road networks across the country were in poor state even though the opposition National Democratic Congress while in power claimed that it had constructed several roads nationwide.

He said every part of the country he has visited, chiefs and residents have complained about the poor state of their roads, saying the massive road infrastructures the NDC spoke about were only in its Green Book and not on the lands.