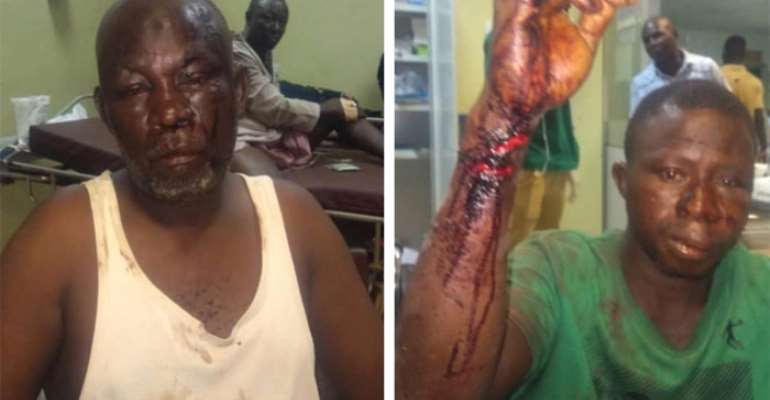 The accused person has been charged with two counts of assault and causing harm and is expected to reappear in court on December 18th,2019.

It will be recalled that Shani Ibrahim was arrested in connection with the assault on two subjects of the Nanton chief at Sandu.

He was detained at the Northern Regional Police Command to assist in investigations.

The Northern Regional Police Public Relation Officer, DSP Mohammed Yusif Tanko, who confirmed the arrest to DGN Online, said on 9th December, 2019 around mid-day, police received a complaint from the office Mohammed Bawa to the effect that two of its subjects Amadu Suleimana and Alhassan Andani, who were sent to Batangyili had been intercepted at Sandu and were severely assaulted and taken to Nanton.

According to him, men were dispatched to Nanton to rescue the victims and on their way another report came from the Savelugu District Police Headquarters that the victims had been taken there with injuries.

He indicated that the police rescue team was redirected to escort the victims to the Regional CID in Tamale where a medical form was issued to them to go for treatment at the Tamale Teaching Hospital.

DSP Tanko however disclosed that one of the victims has been treated and discharged.

There is tension in the Nanton District over the enskinment of Muhammadu Baba Bawa as the new Nanton Naa by the overlord of Dagbon, Ya-Naa Abukari Mahama II.

Youth in the area in April this year went on rampage, destroying properties and disturbing public peace.

They blocked roads and set tyres on fire to register their dissatisfaction with the enskinment of Mohammed Bawa as the new Nanton Naa.