The Evolution Of The Ghana Cedi 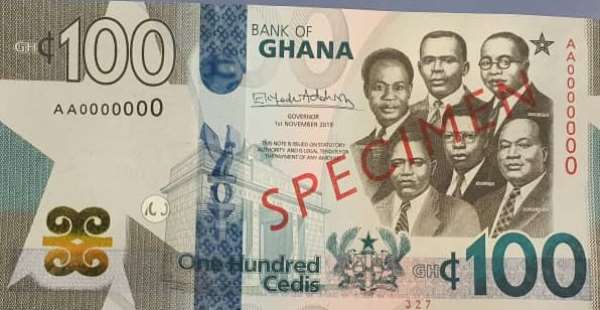 The Ghanaian cedi has metamorphosed in varied forms since its introduction by the Bank of Ghana (BoG) in 1965, when the country made the decision to leave the British colonial monetary system and adopt the decimal system. In 1965, the Ghana pounds, shillings and pence was replaced with the Cedi notes and Pesewa coin.

The Central Bank gave two reasons for the redenomination –

The Central Bank gave historical antecedent about the re-denomination exercise that occurred 12 years ago and its relevance to present day. The rationale was an attempt to introduce efficiency in the economy and remove dead weight burden. 12 years after the re-denomination exercise, economic pressures such as high inflation and depreciation of the Ghana cedi had eroded the face value of the currency.

From the Central Bank communique, it made mention of following through with international best practices that required the review of the structure of the currency and its alignment with macroeconomic conditions and demand. The Central Bank projects that the introduction of the new denominations will restore partially the Dollar value of the higher denomination Ghana cedi

Following the comments and euphoria that greeted this the Central Bank policy of introducing new high notes, below are questions begging on the lips of many;

In an attempt to educate stakeholders on the new denominations, the Central Bank has undertaken a series of media engagements to communicate the rationale of the introduction new cedi notes.

The Central Bank's position is that the new notes would not be dispensed from ATMs but would only be available on request by customers at the bank. This indicates that the main reason for the new high value notes is to store up value and not for day-to-day transactions.

The feedback from the general public indicates an information deficit, which needs to be addressed by intensifying media engagement and education.

Globally, the world is moving from a cash economy to cashless one. This is evident with data from the Central Bank on the volumes of mobile money transactions that increase annually. Government's policy of introducing mobile interoperability has consolidated the gains chalked in this sector.

The question then is in a bid to assuage this aim of a cashless economy, will the introduction of the new notes not derail this effort?

To conclude, the depreciation of the cedi and inflation has been flagged as the main cause of the issuance of the new notes. Opinions bouncing around in academic circles, is that efforts must be concentrated on having a strong currency. The artificial of restoring cedi to dollar by either redenomination or issuance of new notes has not worked over the years and it will not work now.