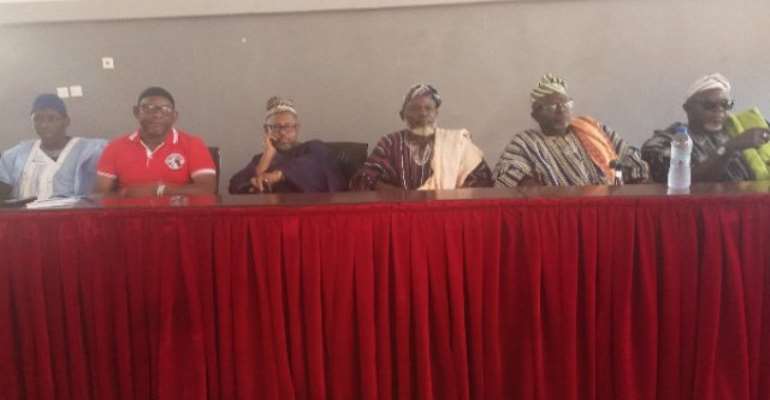 A Memorandum of Understanding (MoU) has been signed between the herdsmen, who are predominantly of Fulani descent, in the Mamprugu traditional area and the chiefs there.

This was after a long and exhaustive meeting held in Nalerigu on Tuesday with national executives of a Fulani welfare group, Tabital Pulaaku, and some senior members of the Mamprugu Council.

The event follows months of communal tensions over grazing royalties imposed on nomadic herders in the area which the chiefs had accused some herders of refusing to pay.

The herders had also accused the traditional committee in charge of collecting the royalties of terrorising their villages and camps and stealing their livestock.

Also refuting the allegations of non-payment, the herders said their concern has been the way the royalties are collected and demanded that the committee headed by one of the chiefs, Naa Johnson Tahidu, should be scrapped.

After the interactive dialogue, which saw both parties taking short consultative breaks, the meeting proved productive as a consensus was reached.

It was agreed amongst others that a new modality of collecting the royalties has been introduced and will take effect this next year.

The chiefs, however, refused to scrap the kraal committee.

The first elder of the Nayiri, Tarana John Wuni Grumah presented the agreement.

The General Secretary of Tabital Pulaaku, Musah Barry, welcomed the new arrangements and thanked the chiefs for agreeing to dialogue with them.

He assured to ensure full compliance of the consensus on the part of the herders.

The herders had single out Naa Tahidu of Nagman traditional area and head of the Mamprugu Kraal Committee, of leading a group of armed bandits to the herding camps to attack their families before rustling the cattle.

One of the herders, Ali Mustapha, sharing his ordeals said he was particularly delighted Chief Johnson was no more in charge.

Chief Johnson himself speaking to JoyNews said he was undisturbed by the terrorism allegations against him.

The meeting ended at the palace of the overlord where the consensus was officially presented to him.

In his short acceptance address, Na Bohagu Mahami Shariga, urged for calm but entreated leadership of the Fulani ethnic group to ask their members to stop attacking and raping the local women.