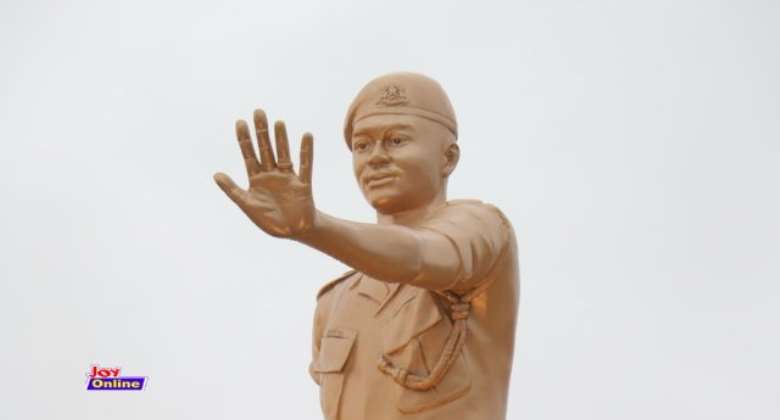 Major Mahama was lynched in May 2017

Their cross-examination Tuesday, focused largely on why he watched the viral video showing a mob lynching the soldier. The lawyers claim this influenced the pathologist’s findings relating to the cause of death.

Dr Lawrence Edusei had stated that the soldier’s death was caused by multiple head injuries.

“In my opinion, the cause of death is multiple head injuries, this is due to the use of blunt objects like stone, wood, iron rods and shotguns. These are unnatural causes,” Dr Edusei stated.

But the lawyers maintain this conclusion could not have been arrived at independently as the doctor had been shown the video recording of the lynching.

Dr Edusei, however, insisted that he had written his initial findings prior to watching the video and the cause of death remained the same even after watching it.

Defence lawyer Theophilus Donkor was the first to raise the issue of the video recording on Tuesday.

Theophilus Donkor - “You requested to watch the video?”

Dr Edusei - “No, they came to my office with the video, with the evidence accrued to meet me”

Theophilus Donkor - “Is it part of your practice to watch crime scene videos? I am putting it to you that the watching of the video influenced the report you issued?”

Dr Edusei explained his work required that he interacts with investigators and getting information. He argued that this, however, does not influence his report saying it’s an independent opinion for which reason he’s in the box alone speaking to it.

Another Defence lawyer Augustine Gyamfi also continued with the video issue when he had his turn.

Augustine Gyamfi- “What information were you looking for in the video? “

Dr Edusei -“My lord I had finished the post mortem, I had written my findings, I had a preliminary report. The video was to point to them that a gun was used.

Augustine Gyamfi - “ So you watched the video to point to the police that gun was used?. Let that be noted”

The pathologist is the State’s 13th witness out of a total of 14 witnesses listed to testify in the court. 14 persons including then-Assemblyman for Denkyria Obuasi William Baah are standing trial over the death of the soldier in May 2017.

A police investigator is expected to be the state’s last witness once Dr Edusei is discharged by the court.