Macron hosts Putin and Zelensky for talks on Ukraine 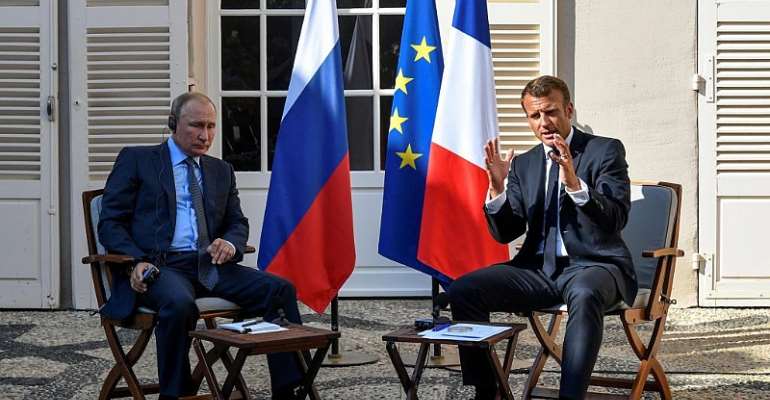 French President Emmanuel Macron is to host the first ever formal talks between his Russian counterpart Vladimir Putin and Ukrainian leader Volodymyr Zelensky on the conflict in eastern Ukraine on Monday.

No comprehensive peace deal is expected from the afternoon meeting in Paris, which also includes German Chancellor Angela Merkel, but diplomats hope that the exercise will help build trust between Putin and Zelensky.

Fighting between pro-Russia separatists and Ukraine government forces has killed thousands and displaced one million people in a conflict that began in 2014, shortly after Russia's annexation of Crimea.

The seizure of Crimea gave Putin a popularity boost at home but led to international sanctions and contributed to Russia's estrangement from the West.

The peninsula, which Kiev has vowed never to give up, is not on the table at the summit, but leaders will address issues related to the Donetsk and Lugansk regions.

Moscow has sent signals that it is ready to work with Zelensky, but Putin will also be pushing for an easing of sanctions.

A French diplomatic source told AFP Agency the meeting would address disbanding illegal militias, the departure of foreign fighters from Donetsk and Lugansk and Ukraine taking back control of its border with Russia.

Another topic is agreeing on a calendar for elections in the eastern regions under Ukrainian law with the two regions enjoying special status.

The meeting seeks to implement accords signed in Minsk in 2015 calling for the withdrawal of heavy weapons, restoring Kiev's control of borders, wider autonomy and the holding of local elections.

The format of the summit, a meeting of Russian and Ukrainian heads of state with their French and German counterparts as mediators, has floundered for three years as the Minsk accords failed to secure a lasting ceasefire.

The summit is part of a bold foreign policy direction for Macron, who has recently criticised Nato and called on Europe to build a strategic partnership with Russia.