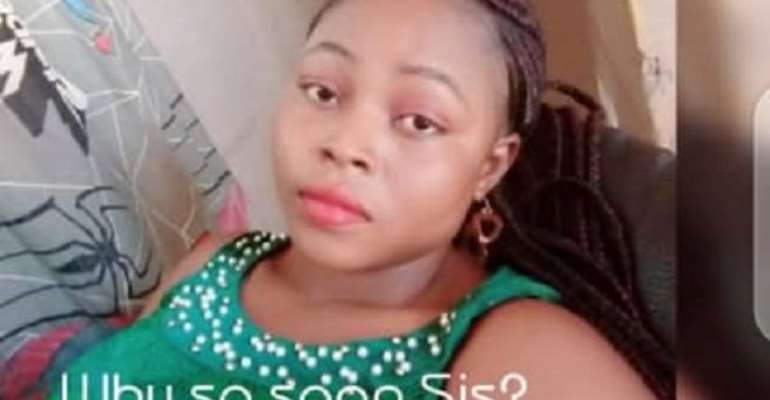 A 30-year-old teacher with the Ghana Education Service (GES) has been shot dead by suspected armed robbers at Walewale in the West Mamprusi Municipality of the North-East region.

According to Joy News’ Eliasu Tanko, Gifty Atingawaya was returning from Nalerigu in the company of her husband and two others when gunmen attacked their vehicle killing her in the process .

The family of the deceased have rejected claims that robbers killed the teacher.

They are accusing her husband of deliberately murdering their relative and using the robbery incident as a cover-up.

We believe there is a foul play because there were four occupants in the car so if indeed it was armed robbers who attacked them, they would have fired to stop the vehicle or kill the driver.

“But it was just her side, and it was just one single bullet,” an aggrieved elder brother of the deceased told Joy News.

He quizzed, “How could it be an armed robber, who had shot through that particular window and only had her alone and no other occupant of the car?”

The police have mounted a search for the perpetrators.