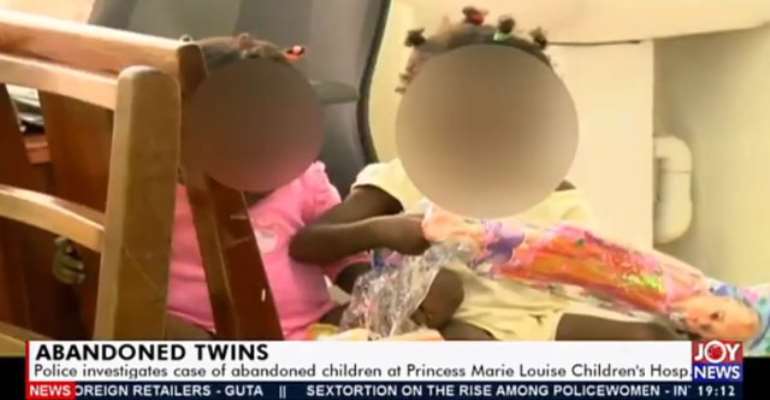 The Jamestown Police Station has initiated the process of investigating a case of abandoned twins on Farmers’ Day at the Princess Marie Louise Children’s Hospital in Accra.

According to an eyewitness, their mother left them in the care of another woman around 11:30 am to use the washroom but never returned.

“You can’t take these children to the urinal, so their mother left her with a woman who had come to visit her sister,” the eyewitness narrated.

The children who are about a year old were neither on admission nor were they brought to the hospital to seek medical care when records were checked.

According to her narration, the caretaker upon realising that their mother had bolted alerted hospital officials about the incident.

“Anybody who heard the story asked, ‘why’? Why has their mother left them? This is very sad because these children are very young,” she told JoyNews.

The hospital is yet to go on record but they indicated they want to send the children to Osu Children’s Home on Monday.