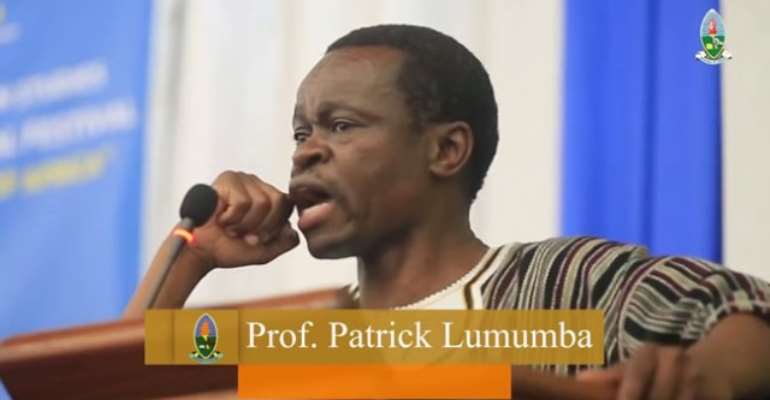 The Director of the Kenya School of Law, Prof Patrick Lumumba has charged African leaders to take pragmatic steps to address all factors derailing the Continent's development drive.

He noted that many African countries continued to wallow in abject poverty because their leaders were reluctant to avail funds to implement policies that could spur rapid economic growth and development.

Instead, they have taken solace in receiving millions of "dead aids" with strings not translating into solving the numerous socio-economic, cultural and agro-ecological challenges retarding the Continent's development.

Prof Lumumba was speaking at the 15th Annual General Meeting (AGM) of the Regional Universities Forum for Capacity Building in Agriculture (RUFORUM) held at the University of Cape Coast.

The AGM was one of the key brainstorming activities of the RUFORUM Vision 2030 Strategy, which is also meant to be a vehicle for facilitating universities, stakeholders and key partners to synthesize emerging lessons and best practices and to document and disseminate information, knowledge and innovations.

It was on the theme: "Delivering on Africa’s Universities Agenda for Higher Agricultural Education, Science, Technology and Innovation (AHESTI): What will it take?

Prof. Lumumba said Africa had no business tolerating the high insecurity and poverty index - fueling drug trafficking and international crimes and bemoaned the situation, where leaders gave little thought to the well-being of those they led and were only concerned about their selfish interest.

According to him, China though a potential threat to the Continent, it's development strategies could be clear vision and strategy that could make countries prosperous and take it beyond aid in the shortest possible time.

"The Chinese through their ingenuity have succeeded in lifting nearly 800 million people out of poverty. People serving in governments must ask themselves what the Chinese did that they could not do."

"In many African countries, if you tell leadership about what will happen tomorrow, they say only God knows, but the Chinese are thinking into the future and taking decisions that will help their nation in the next hundred years."

The Continent must identify the key changes in values, attitudes and behaviours that could be effectively used to implement the strategy, adding that Africa had all resources required to leap its people from poverty.

Touching on trade, Prof. Lumumba urged African countries to negotiate continentally and trade among themselves if they were to realise economic freedom in future.

According to data compiled by the African Export-Import Bank (Afreximbank), one of the key reasons why intra-African trade, now at a level of around 15 percent compared to Europe’s 59 percent and Asia’s 51 percent, is because of lack of access to trade and market information.

On governance and elections, Prof. Lumumba asked political leaders to engage in decent and healthy politics, devoid of name-calling, character assassination, vindictiveness and political machinations targeted at vilifying innocent people who had no means of redress.

He asked the citizenry to love each other despite their religious, political, economic or tribal differences, and that should be impacted in the small communities, saying it was important people practised the virtues before they ventured into leadership positions to enable them to satisfy the legitimate expectations of the people.

Also, more than 400 delegates including; Ministers of Agriculture and Education and their respective Permanent Secretaries, Vice-Chancellors, Principals and Deans, partners and Heads of development institutions, private sector leaders, farmers and farmer representatives, emerging and early career researchers and young entrepreneurs from especially Ghana and other West African countries.

The participants showcased their innovations, products and services and also networked and brokered partnerships with one another.

Young Innovators and Entrepreneurs from West Africa were recognised as part of promoting the contribution of youth to economic growth and development of Africa and there was strong advocate to provide the youth with a platform to demonstrate their potentials.