S.Africa's Tutu 'on the road to recovery' from hospital 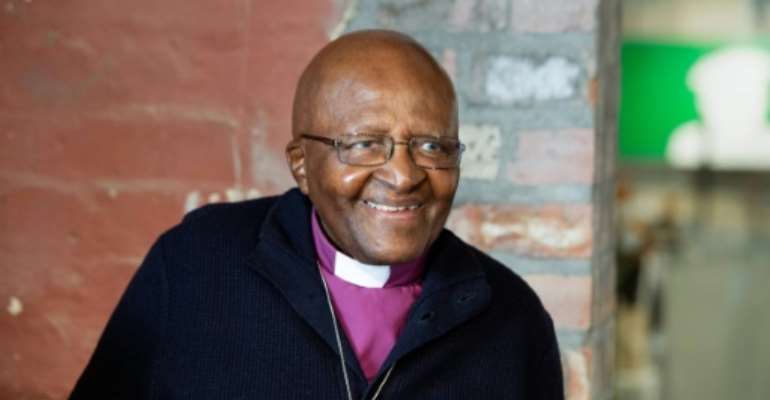 The much loved Tutu has been battling prostrate cancer for over two decades. By RODGER BOSCH (AFP/File)

South African anti-apartheid icon and retired Cape Town archbishop Desmond Tutu appeared "in good spirits" Thursday at the hospital where he is being treated for an infection, his successor said.

Tutu, hailed as the moral compass of the nation, was admitted to a Cape Town hospital on Wednesday for a "stubborn infection".

Aged 88, he has been under treatment for prostate cancer for more than two decades.

"I found him to be in good spirits and seemingly responding well to the excellent medical care that he is receiving," said former Cape Town archbishop Njongonkulu Ndungane in a statement.

"He was as alert as ever and to me appeared to be well on the road to recovery."

Ndungane -- who worked closely with Tutu before and after the end of the apartheid regime in 1994 -- said he felt "buoyed" by the archbishop's "continued zest for life".

Tutu appeared in good health earlier this year when he met Britain's Duke and Duchess of Sussex and their baby Archie, who were visiting South Africa.