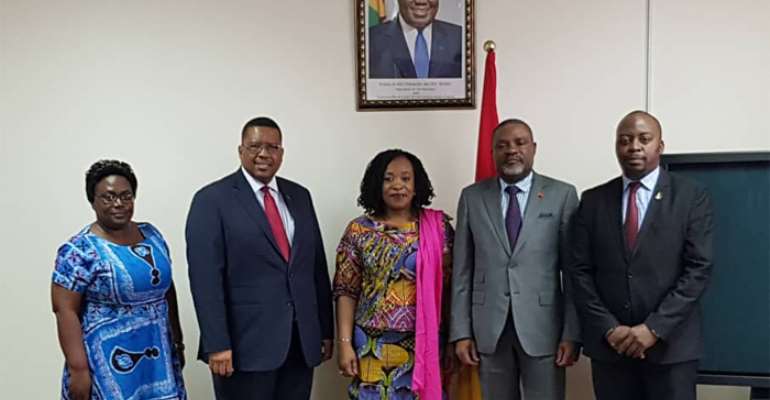 The South African Development Community has called on the United States of America (US) and the European Union (EU) to immediately remove sanctions against Zimbabwe.

SADC in a statement said it was deeply concerned that the ongoing sanctions by the EU and the US were hurting the Zimbabwean economy.

SADC said the lifting of the sanctions by both the EU and US would lead to the road of recovery for the Zimbabwean economy.

The region said the EU had imposed an arms embargo, as well as asset freeze and a travel ban on targeted entities and certain individuals.

The nature of the US sanctions means that US nationals cannot do business with state-owned enterprises, three Zanu-PF-owned companies and about 100 people as from 20 October 2019.

SADC said these sanctions had a direct impact on employment and income generation opportunities and the livelihoods of ordinary Zimbabweans.

The group said all member states of SADC supported the action to remove the sanctions immediately.

On this day, 25th October 2019, the Southern African Development Community (SADC) reiterates its call for the removal of all forms of sanctions imposed on Zimbabwe to pave way for socio-economic transformation and economic development of Zimbabwe. The removal of sanctions will benefit Zimbabweans and the SADC Region, as well as, enhance cooperation of SADC with the European Union (EU) and the United States of America (USA).

INTRODUCTION
The SADC Region is deeply concerned about the prevailing sanctions imposed by the EU and the USA on the Republic of Zimbabwe and is mindful of the impact of these sanctions.

2 The sanctions have proved to be directly affecting entities beyond the so-called targeted individuals, and have a negative impact on the credibility of Zimbabwe and serious trickle-down effects on the economy and people of Zimbabwe, and by extension, the SADC Region.

NATURE OF SANCTIONS
4 The EU sanctions on Zimbabwe comprise of an arms embargo, as well as an asset freeze and travel ban on targeted people and entities;

5 The nature of USA Sanctions on Zimbabwe is in two key instruments namely.

(I) The Zimbabwe Democracy and Economic Recovery Act (ZIDERA), and

(ii) The “targeted sanctions program”, which comprises a list of individuals and entities, and specifically instructs US nationals not to do business with these designated entities or their affiliated entities.

The current list as of October 2019 includes', 13 state-owned enterprises; 13 so-called “other” enterprises; 25 farms; 3 Zanu-PF owned Enterprises; and about 100 individuals.