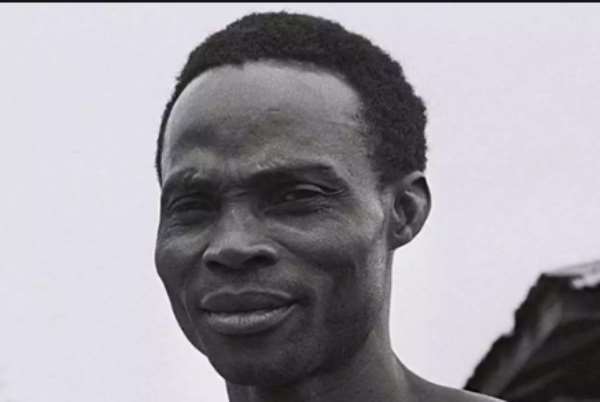 Nigeria’s 2019 elections, particularly the recent governorship contests in Kogi and Bayelsa states, have forcefully brought back a prediction which the late Tai Solarin made about 40 years ago in the aftermath of the 1979 elections. Of course, recalling this prediction is also recalling my response to it at the time. I was then 33.

It is appropriate to begin any story I might wish to tell here by introducing Tai Solarin to young Nigerians who were not born when the prediction was made. This set of Nigerians now constitutes the majority of the Nigerian population. Tai Solarin was a prominent Nigerian male from Southwestern Nigeria who was a secular humanist and educationist, but whose humanism was exceptional because it was all-round (that is, in thought as well as in action), consistent, courageous and well-informed.

Now to the beginning of this piece. We may recall that Nigeria’s Second Republic began on October 1, 1979 after a 13-year period (1966-1979) of military rule that witnessed a civil war. In the general elections that ushered in the Republic, Shehu Shagari of the National Party of Nigeria (NPN) emerged as (Executive) President and Obafemi Awolowo of the Unity Party of Nigeria (UPN) emerged as the second strongest presidential candidate. The result was, to say the least, very contentious—as we can recall or research. But the issue here is neither the contentiousness of the result of the presidential contest nor the side which Tai Solarin supported. (He was a member of the UPN). Rather, we are concerned with his prediction five weeks into the new Republic.

On November 4, 1979, 34 days after the installation of President Shehu Shagari, the Sunday edition of the Tribune newspaper carried a column by Tai Solarin titled The Stolen Presidency. In it the columnist wrote: “If this government lasts four years … the four-year-old NPN will have been firmly planted as Government Party everywhere, and the UPN, the GNPP, the NPP and the PRP will have been drained to annihilation, both in membership—it is already starting—and in morale. The 1983 election would therefore be between the NPN and the Revolutionary Party which, having studied how the NPN came to power knows exactly what to do to supplant the NPN for the presidency. There would then be a confusion on the national raft. Then a splash. Then commotion among the sharks. And we, the common people, will have, as victims, paid the supreme sacrifice”.

My comment on this prediction was immediate—as was expected in those days. It appeared in an edition of the Nigerian Chronicle, a daily newspaper owned and published by the Cross River State government. The comment was later revised and included in the text of a lecture I delivered at the University of Ife (now Obafemi Awolowo University) in November 1980 under the auspices of the institution’s Alliance of Progressive Students (ALPS) on the occasion of the 31st anniversary of the killing of Nigerian miners at the Iva Valley Mines, Enugu, by the colonial police. And later still, in May 1981, the comment was included in a book which emanated from the lecture. The lecture as well as the book that emanated from it were titled: Human Progress and Its Enemies: The Struggle for a more humane social order in Nigeria.

In the book, I said: “Tai Solarin’s prediction is unusual in two ways. In the first place, Tai Solarin was predicting the disintegration and demise of his party, the UPN. In the second place he was predicting that it would require a Revolutionary Party to dislodge the NPN from power: a type of prediction that normally comes from a revolutionary and not a liberal. We may ignore Tai Solarin’s scenario—for the Revolutionary Party, when it emerges, will not fight according to the rules fashioned by the enemies of progress. But we agree completely that the NPN, as a political party, is today the best organization of the Nigerian bourgeoisie and the most accurate reflection of Nigerian bourgeois interests. So long as the bourgeois social order remains so long will the NPN (or a new monster it may give birth to) continue to be the dominant political organization of the bourgeoisie.”

It follows from above that “only a revolutionary agency, representing the true aspirations of the popular masses (the workers, the peasants, students, etc.) and fighting consistently for an entirely new social order, can ever dislodge the NPN from power. To that extent—and to that extent alone—we agree with Tai Solarin. But we do not share his pessimism. A revolution cannot be conceived in a pessimistic perspective. A revolution—to use the words of Leon Trotsky—is incompatible with pessimism and other forms of spiritual collapse. Tai Solarin’s pessimism arose from the fact that he made a separation between the people and the Revolutionary Party—a type of separation that exists between the people and the existing political parties. A genuine revolution can only be made by the people under the leadership of their revolutionary organization, and such a revolution demands the highest forms of optimism and moral courage.”

Looking now at this nearly 40-year old “exchange” between Tai Solarin and myself, it strikes me that I could myself not have realized its full import. Tai Solarin said only a Revolutionary Party could dislodge the NPN from power. I agreed with him but amended the proposition by replacing “NPN” with the phrase “NPN or a new monster it might give birth to”. This suggests that I had a “flash” that NPN could be succeeded by another party—or another entity—but nonetheless, a “monster” (such as a military junta) organically emerging from NPN. But the “flash” was not pursued.

It is clear that the class perspective was missing from Tai Solarin’s analysis and prediction. This is explicable, given that he was not a Marxist. But my response was also not sufficiently ideological. Let me explain. In political-ideological contestation, even in our own context, the terms “bourgeois” and “capitalist” are not simply interchangeable. The absence of “capitalist” in my “disquisition” qualifies it as petty-bourgeois, even if revolutionary. If I had adopted a more appropriate ideological posture I would have stated explicitly that what I was alluding to was the removal of the capitalist class, as a class, and not just its political organisations like the NPN.

Having said this, the questions now are: Why is it that for almost 40 years, I have periodically—after every major election or change of government—felt the way I felt following the 1979 general elections and Tai Solarin’s prediction? Why is it that despite the Nigerian Left’s insistence, at least since 1979, on the inevitability and irreducibility of a Revolutionary Party, the party has not emerged? Why should we find ourselves repeating the same theses and propositions after every bloody and farcical display called “election”?

Does it mean that nothing has changed fundamentally in Nigeria’s social order or in the Leftist challenge to it, or both? How has Nigeria’s ruling capitalist class been able to periodically renew itself, assume new organizational forms and continue its rule? Put differently, why has it not been possible to overthrow Nigeria’s ruling capitalist class, as a class, or dislodge it as the dominant political force?