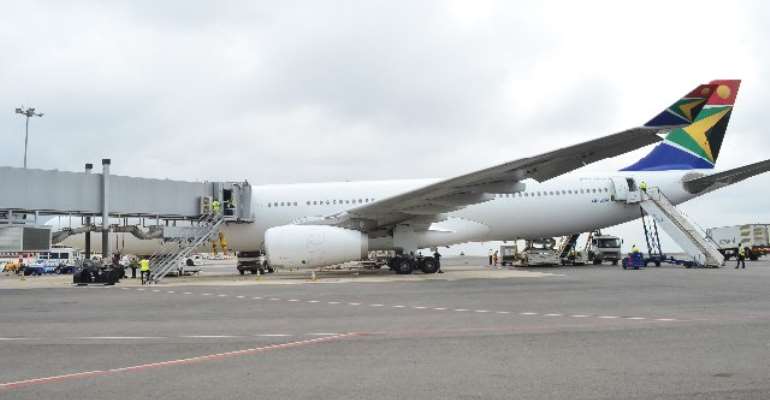 South African Airways (SAA) was set to enter a business rescue process on Thursday, with a 4 billion rand ($272 million) lifeline from government and banks.

State-owned SAA, which has not made a profit since 2011 and has depended on government bailouts to stay solvent, said it would try to operate a new provisional flight schedule.

In a business rescue, a specialist practitioner takes control of a company with the aim of rehabilitating it to improve its chance of survival, or securing a better return for creditors than they would receive from liquidation.

SAA said the process sought to provide the best prospects for “selected activities within the group to continue operating successfully”.

The airline was hit by an employee strike last month that forced it to cancel hundreds of flights and pushed it to the brink of collapse. Then two major travel insurers stopped covering its tickets against the company becoming insolvent.

On Wednesday, a deputy minister, who declined to be identified due to the sensitivity of the matter, told Reuters he had received an official letter saying President Cyril Ramaphosa had called for a change of approach on SAA and that the airline would enter “voluntary business rescue”.

The minister of public enterprises, Pravin Gordhan said in a statement on Thursday that business rescue was the best way to restructure SAA into a stronger entity. He said the plan was still to attract an equity partner.

SAA’s government-guaranteed debt would not be affected by the business rescue process, Gordhan said, but analysts expect other creditors to suffer losses.

Hans Klopper of BDO Business Restructuring said the rescue process for SAA could be fraught with difficulty and that it could take months if not years to find a solution to the airline’s problems.

A relatively small amount of SAA’s assets could be recoverable. The rescue process could further dent confidence in the airline, he said.

“If there aren’t willing patrons prepared to book flights then the bottom falls out of the whole business,” Klopper said.

“With SAA there is a structure of devastation, but you may have somebody who comes in and offers, say, 1 cent on the rand. Because some creditors could get zero if there is a liquidation.”