Hailing reforms, US exchanges ambassadors with Sudan after two decades 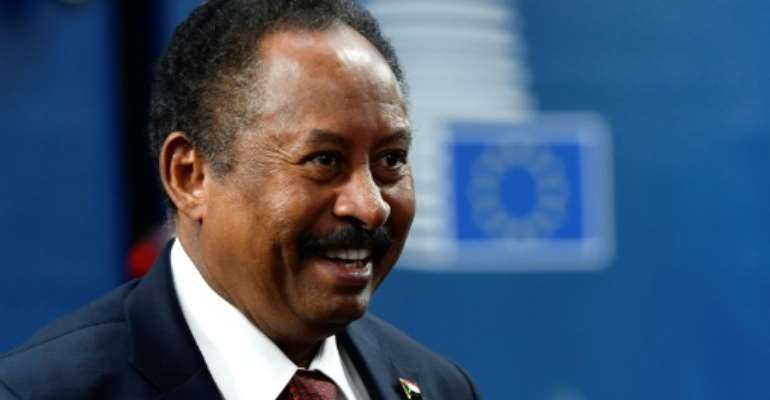 However, he had a low-key welcome, meeting the State Department number-three, David Hale. Both Pompeo and President Donald Trump were away on foreign travel.

The United States had tense relation with Bashir, who took power in 1989 and embraced Islamism, including welcoming Al-Qaeda leader Osama bin Laden.

Sudanese protesters call upon authorities to deliver justice for those killed in demonstrations against now ousted autocrat Omar al-Bashir. By ASHRAF SHAZLY (AFP)

Tensions also soared over Bashir's scorched-earth crackdown in the parched western region of Darfur, a campaign that the United States described as genocide as it pressed for the prosecution of Bashir.

The United States estimates that about 300,000 people were killed and 2.5 million displaced in the conflict as Sudanese troops raped, killed, looted and burned villages against ethnic groups suspected of supporting rebels.

Hamdok last month traveled to Darfur where he met hundreds of victims of the conflict and assured them that he was working on their demands for lasting peace.

The transitional government has opened peace talks with rebels who fought Bashir's forces in Darfur as well as Blue Nile and South Kordofan.

Until now, the United States has been represented in Khartoum by a charge d'affaires rather than a full ambassador in a sign of poor relations.

VIDEO: Central bank backed digital currencies is the way for...
12 minutes ago